“During winter it is a must for Paris CDG airport, one of the major world airport hubs, to be open and keep optimum capacity in the highest safety standards. It is a critical challenge that Aéroports de Paris completes” – Franck Goldnadel, Airport Operations VP and Paris CDG Airport Director. To fulfil its commitments, Michel Landelle, Senior Manager of Winter Operations and Logistics Airside at Paris CDG, describes a huge and modern organisation. 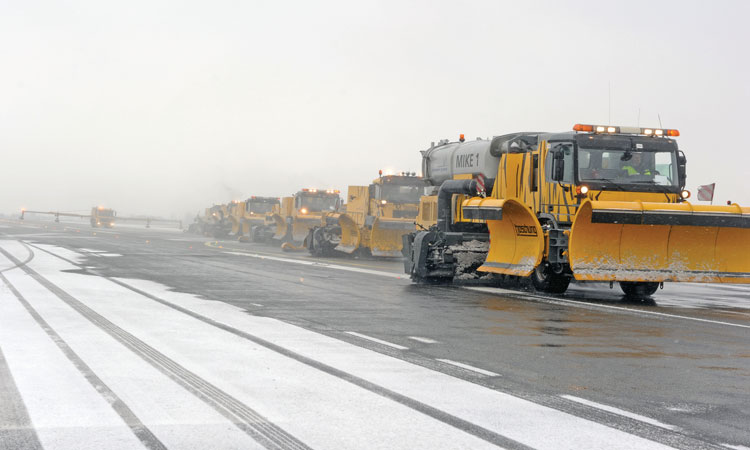 Every airport today works a lot on winter preparations. Paris CDG, 8th world airport hub, is no different. Keeping the airport open with optimum capacities in highest conditions is at stake. And, of course, ‘mother nature’ will have a key role, but the general organisation and the involvement of all actors will be of essence to achieve this goal.

At Paris CDG, Aéroports de Paris is in charge of both aircraft de-icing and snow/ice removal on runways, taxiways and stands.

During winter events, Aéroports de Paris also relays information provided by the airlines to passengers and can give support to airlines and passengers with finding accommodation in case nearby hotels are full – avoiding people to be stuck in airport terminals.

The main difficulty for Paris CDG airport is its temperate climate. We must have an appropriate, flexible and collaborative organisation to face any winter event which may occur. Every key player (including ATC, DGAC, Airlines, local authorities, etc.) works year round under Aéroports de Paris leadership to set up our snowplan and to improve it year-after-year; however, we also need ‘real’ winters to validate our options and strategies.

The 2010-2011 winter season was a turning point (as it was for most of European airports) and used as a standard, involving our partners, to review our de-icing processes and snowplan including organisation, equipment, technologies and infrastructures.

Working with our partners enables us to anticipate and cope, as smooth as possible with any forecast disruption and thus guarantee optimum safety conditions. During the winter seasons Aéroports de Paris constantly monitors the weather forecast, working closely with Météo France teams. As soon as a weather-related risk becomes apparent, the Airside Operations Duty Manager will activate the appropriate snowplan measures and contact the CDM (Collaborative Decision Making) members to expose the situation we will have to deal with. The CDM group, involving representatives of ADP, local ATC, DGAC, airlines and Météo France will define the strategies and the necessary means to cope with the event. CDM plays a key coordination role to maintain smooth operations in the safest conditions.

Under ADP’s responsibility and coordination, there are 280 subcontracted aircraft de-icing operators and supervisors on duty from 15 September until 15 May. De-icing capacity can be adapted, according to weather conditions, with defined pads opening sequences, managed by the CDM.

The snowplan (snow and ice removal on runways, taxiways and stands) involves 720 people; 60 per cent are ADP staff volunteers and 40% provided by subcontractors. These staff are on duty from 15 October until 15 April, with an adapted duty system to ensure we have teams available 24hrs a day, seven days a week.

Our snowplan details the three levels (two for de-icing and one for snow fall) of alerts we can implement. It includes all the possible scenarios, depending on the wind configuration. In case of heavy snow falls, we also have defined top priority areas to be cleared (runways, major taxiways, stands; fire dept. stations accesses, etc.).

We have assigned trains dedicated to snow-ice removal to runways (11 HP snow sweepers, two 30m sprayers, two snow blowers, one friction tester), high-speed runway exits (five snow sweepers and one 24m sprayer), taxiways (each composed by three snow sweepers and sprayers), stands (each composed with two compact snow sweepers, four or five tractors, small sweepers and sprayers) and service roads. As CDG’s surface is equivalent to 120 football pitches, we have to dispatch 20 trains total for a snow removal operation. A snow leader, also in charge of communication with ATC, leads the train for coordination, optimum efficiency and safety.

There again, the temperate climate we have, plays another important role: we need to have strong training programmes to give the best skills to our staff and keep them current, even in case we have no winter! Thus we implemented an instruction team dedicated to training and get the support of our equipment manufacturing partners for training sessions, whether they are initial or recurrent. This organisation is also on duty if and when a major event is forecasted. In addition to training, we also have simulations and practice sessions during the winter seasons (30 per year as an average) in which everyone is involved (including CDM members); this system is also a way to check the status of our equipment and make sure it will be fully operational when needed.

In order to support this organisation, Aéroports de Paris has, and still does, massively invest in equipment and technologies. Since 2011, over €75 million were invested.

To achieve our de-icing goals (50 de-iced aircraft per hour in severe weather conditions), we bought 14 new generation single operator de-icers for a total of 50 machines.

“In the event of snow falls or ice conditions, it is absolutely vital to ensure that runways, taxiways and stands are properly cleared to ensure the safety of aircraft, passengers, crew and ground staff,” says Regis Lacote, General Manager of Airside Operations.

As we did for aircraft de-icing, we also invested a lot in snow-ice removal equipment. Today we have 174 machines including 20 high performance sweepers, 19 liquid sprayers, 14 solid sprayers, four snow blowers, 11 towed behind sweepers, 21 compact sweepers, 40 tractors, 22 small multi-tasks machines, and two 20,000ltr fuel trucks. In 2010, we had 75 machines.

Considering Paris CDG surface (1cm of snow represents 650,000m3 to clear) and characteristics, the type of snow we have (usually wet and heavy) the high safety and capacity standards we want to meet, we need efficient, reliable and modern equipment. We will receive two more solid sprayers before next season (to combine solid and liquid spraying for immediate and long protection) and two high performance snow blowers: they will be a key asset to implement our one pass snow clearing method next winter and enable us to save 15 to 20 minutes per runway clearing.

Early morning icing conditions are quite common at Paris CDG. To anticipate and be able to pre-treat our runways, taxiways and stands, we have installed sensors on our runways and major taxiways; these sensors, combined with weather equipment, give us the pavement temperature, due point, air temperature, height/ type of contaminant and forecast.

In the meantime, Aéroports de Paris has developed with its IT Department, its own de-icing capacity and dispatch system called GILDAS. The system allows pads assignment for optimum de-icing capacity management and contains all pertinent information related to de-icing operations (type and quantity of fluids, number of operators, etc.) which is communicated to crews and can be sent to airline operators.

Paris CDG also uses its advance departure sequence system called ‘GLD’. Linked to ATC, GLD integrates de-icing capacities. The system highly contributes to an efficient traffic management, avoiding congestion, maintaining capacity and safety, even in severe weather conditions. Information is made available on our CDM website so that our airline partners and other key players can be aware of the situation and take appropriate actions.

So that we can provide a good support to our organisation, we also adapted our infrastructure and logistics.

We almost tripled our glycol storage capacity and now have 2,400,000ltr of glycol. We doubled our liquid formate storage for a capacity of 2,000,000ltr. We built a hangar to accommodate up to 600 tonnes of solid formate, 400 tonnes of salt and 250 tonnes of aeronautical sands.

These capacities correspond to 10 days of aircraft de-icing and snow operations without requiring product delivery. In order to avoid any disruption in deliveries, we have contracts with different providers (two for glycols and two for liquid formate) who also have 500,000ltr products storage capacity with 30km of Paris CDG and Paris Orly.

Six de-icing pads were added, for a total number of 20, with the capability to de-ice up to 14 aircraft simultaneously.

After each season, we work to improve our processes and systems, with our staff and partners, to make sure that next winter will be smooth. For sure, winter operations are a six-month mission, but for all actors involved, it is a year-round job.

Paris CDG in a few figures:

Michel Landelle is Senior Manager of Winter Operations and Logistics Airside at Paris CDG. Throughout his 29 years of experience in the Business, Michel has had assignments in the Middle East, USA and Africa and has explored many aspects of the industry, holding various positions and responsibilities in airline operations, airport handling, aircraft leasing and sales. 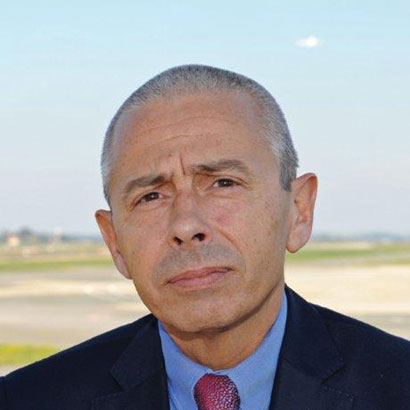