Provision of air navigation services at airports: Possible changes ahead?

The provider of terminal air navigation services delivers critical services to the airport operator. Without air traffic control services, runways and taxiways would be more like a racing circuit; the local green areas being used as a pit stop for migrating birds! Head of Aeronautical Affairs at Geneva Airport, Gaël Poget1, reinforces the key role that air traffic control services play in airport operations and outlines the remit for future changes. 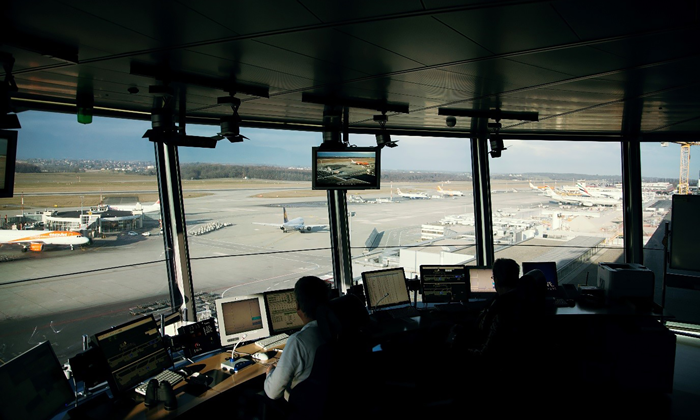 NO AIRCRAFT or passengers can be adequately processed at an airport without the support of air traffic services. Therefore, it is crucial for an airport operator to have a reliable provider managing safe take-offs and landings, regardless of whether it has been designated by law, or the operator itself through a call of tender or contractual agreement.

For historical reasons, air navigation services have mostly been provided by public-owned companies over the entire territory, from ground to space. This was initially to comply with the Chicago Convention, but also to guarantee the enforcement of sovereignty over state territory. Since then, the technology and philosophy that supports the provision of air navigation services at airports have evolved and are considered part of the entire journey of an aircraft. Today it is an integral consideration in new air traffic management (ATM) concepts (e.g. the ‘gate-to-gate’ project).

Will upcoming further national regulations allow airport operators to choose the provider of terminal air navigation services? Aviation regulators have already opened the market for other crucial stakeholders, such as ground services providers, airport security, food and retail dealers and valet parking services. Regarding air navigation services at airports, liberalisation does not seem to be high on the political agenda right now, but some European countries have at least decided to leave a degree of freedom to eventually designate a new provider at their airports.

To foster improved performance in the European sky, almost 15 years ago the European Commission launched the Single European Sky2 initiative. Despite having achieved some successes, there remains some unfinished work and thus unmet expectations. Beside the optimisation of airport infrastructure, the European Commission relies on the pillar of implementing a performance-based regulatory framework scheme to help stakeholders to benchmark different providers. This scheme should bring out enhanced solutions for air navigation services in Europe by identifying the most efficient providers. Despite some incentives, the majority of EU member states have designated a single provider of air traffic services for the entire airspace including, but not limited to, en-route, approach and terminal services.

However, a few of them have relieved the monopolistic situation with local designation at some airports, resulting in important associated cost reductions and without challenging the overall safety of the system. Moreover, promising remote air traffic control projects are being set up with aims to deliver first concrete results next year.

The different developments falling under the aforementioned initiative should be as wide as possible. Despite Switzerland not being an EU member, the regulations adopted by the member states regarding air traffic management are still applicable (with few exceptions). Indeed, Switzerland and the EU signed, in 1999, a bilateral agreement on air transport, which allows Switzerland to apply almost the same aviation legislation (ATM, security, safety, liberalisation, etc.) by transposing the European legislation into the Swiss legal framework. Located in the centre of Europe, its participation is definitely an asset for the development of a wide, seamless airspace and positively impacts the operations of airports throughout the continent.

Based on national legislations, some countries have designated a different air navigation services provider for a limited category of services at airports, such as aerodrome control services, aerodrome flight information services (AFIS), approach services and alerting services. Such initiatives may encourage other states to develop a similar framework, as examples in different parts of Europe have proved to have no negative effect on safety; be more cost efficient; more customer oriented, due to the contractual nature; and more operationally efficient.

Besides the aforementioned European aviation law, the main regulations for civil aviation are laid down in the Swiss Federal Aviation Act of 21 December 1948 (but has since been revised several times). The latest revision was adopted by the Swiss Federal Parliament in June 2017. It introduces several new provisions, such as the confirmation of the national status interest for airports like Geneva and Zürich, and the compulsory use of English language for radiotelephony (with some exceptions) within Swiss airspace.

Currently, the main Swiss designated air navigation services provider may, with the authorisation of the Federal Office of Civil Aviation (the Swiss civil aviation authority), delegate the provision of local air navigation services to a small airport operator under the entire responsibility of the designated provider. The new regulation will allow the Swiss government to directly designate an airport operator to provide such local services, with the agreement of the civil aviation authority. Indeed, it will authorise an airport provider, or the current designated provider, to also sub-delegate the provision of services to a third company under its own responsibility. However, a direct delegation to a third company will not yet be possible, given that it is not the intention to liberalise the provision of air navigation services. Such a new situation would require a further revision of the Swiss Federal Aviation Act.

Without being totally revolutionary, the endorsed change of an existing legal clause will allow airport operators with limited scheduled traffic to determine, from an efficiency perspective, the most appropriate way to provide services in accordance with its needs to suit its activities. The termination of cross-subsidisation of air navigation services according to EU law – and recent difficulties of Swiss regional airlines operating from those airports – have encouraged the regulatory authority to explore alternatives to support those airports.

The new regulation shall enter into force on 1 January 2019. This will allow time for the civil aviation authority to develop implementing rules. The valuable experience that can be gained within the coming years will be crucial to drive a possible further change of clauses, provided that true benefits can be demonstrated in the meantime – particularly, in terms of cost efficiency and airport capacity issues.

A small but committed step toward airports

Does this change constitute a serious breach of a monopolistic position? Definitely not, and this was not its purpose. In fact, such a fundamental change of paradigm would have a signifi cant impact and cannot ‘simply’ be introduced in core aviation legislation during ordinary parliamentary sessions. It would require enhanced debates at all levels, from Brussels to Bern, with the involvement of all concerned stakeholders. Nevertheless, the limited opening of the market will certainly offer, in the near future, interesting best practices and guidelines for a possible upcoming discussion on this topic. With this in mind, airports should keep an eye on this.

In September 2017, the ATM Policy Institute3 released a paper on the liberalisation of terminal air navigation services. This detailed document provides a thorough overview of the projected benefits of introducing competition for the supply of terminal air navigation services. In particular, the author mentions that “current examples of competitive supply include both busy and other relatively quiet locations. At high intensity locations the airport customer may be looking for experienced suppliers with the resources to ensure business resilience to supply tailored, high performance services. At low intensity locations, customers are likely be cost sensitive and provide opportunities for efficient suppliers delivering standardised services. In either case, suppliers may have opportunities to increase security of tenure and grow the business by expanding into adjacent services, such as data processing and other airport-centred operational services4”.

The extensive analysis provided by the Institute illustrates the need to conduct such discussion, given that the aviation market is evolving so rapidly. Considering the ongoing discussion about airport charges within the aviation community, thoughts on the provision of air navigation services at airports are also a logical element to consider as the airport operator must continually find innovative solutions to ensure its long-term development without putting its daily operations in danger.

1. The view expressed in the article is the one of the author and may not be considered as an official position of Genève Aéroport

GAËL POGET holds a law degree and a Master of Law in Air and Space from McGill University of Montreal. He then joined the Legal and International Affairs Department of the Federal Office of Civil Aviation. He was leading several international negotiations on behalf of the Swiss Civil Aviation Authority and represented the Authority in different bodies within ICAO, ECAC, the European Union and EUROCONTROL – in particular, in areas regarding aviation security, facilitation and air traffic management. He is currently Head of Aeronautical Affairs at Geneva Airport and reports directly to the CEO. He supports the latter in strategic matters and ensures close collaboration with ACI EUROPE and ACI WORLD on institutional and governmental affairs. He is a valued contributor of articles on several topics for International Airport Review and is also commander in the Swiss Air Force and holds a private pilot license.