Developing renewable fuels as a solution for the future of aviation 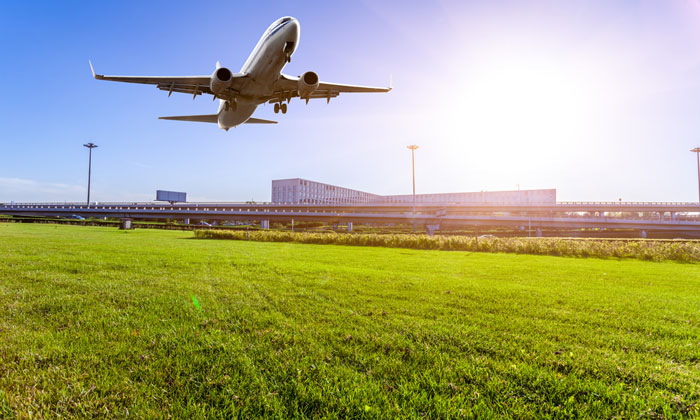 Look at industry news pages today and it’s impossible not to notice that a lot of the topics touch upon the sustainability of aviation fuel and the use of renewable fuels as a viable fuel option within the market. This wasn’t the case, though, 30 years ago when I first started out.

The topic of sustainability was not as wide spread as it is now, and while renewable fuels were in existence, no one was producing them with commercialisation in mind. There was no legislation or targets to be met – the severity of climate change and CO2 emissions had only just started to peak on a global scale and renewable energy sources such as wind and solar, despite being used already, weren’t being produced on a mass scale. The aviation industry was going to have to start looking at its emissions, but there was no solution for it yet.

Fast-forward to the current day and it couldn’t be more different. Not only is renewable fuel being used in a number of industries, there are schemes and initiatives that aim to encourage the development of technology, and stimulate demand.

Cutting emissions on a global scale

Last year the International Civil Aviation Organisation (ICAO) signed up to a global scheme that will require aircraft operators to manage their carbon footprint by offsetting CO2 emissions. The Carbon Offsetting Scheme for International Aviation (CORSIA) monitors the emission levels on international flights; it will be mandatory from 2027, but over 60 states have already adopted the scheme on a voluntary basis, starting in 2021 through to 2026.

This commitment to putting sustainability at the forefront was reinforced at the recent International Air Transport Association (IATA) 73rd Annual General Meeting (AGM), where a resolution was approved calling for governments to support and accelerate the production and deployment of sustainable aviation fuels.

This gives us a very positive outlook to the future of renewable fuels, but attitudes on the topic can differ from country to country. The industry is a global one, so what happens in one part of the world inevitably has an impact or consequence in others. Although CORSIA has had brilliant levels of uptake from countries across the globe, let’s hope that it is received differently from the EU Emissions Trading Scheme (ETS), which was deeply unpopular with the USA, Russia and China in particular. In fact, airlines’ compliance was even legislated against it in the USA.

So, Europe may be full-steam-ahead with the uptake of renewable fuels, but is the rest of the world ready for it?

Inevitably the uptake of renewable jet fuels across the aviation industry on a global scale will rely on demand rising, followed closely by supply meeting that demand – and to make a meaningful difference the quantities need to be in the millions of tonnes per year, as current consumption of traditional jet fuel each year is around 250 million tonnes.

I believe that we will see an uptake much like that of unleaded petrol for cars in the 1980s. At the beginning there was no demand, which meant no suppliers. A change in legislation and public opinion forced manufacturers to start selling cars with compatible engines, which in turn forced a demand and then supply. Unleaded petrol now dominates the market, but it took opinions to change for that to happen.

We will need a change in stance from the industry, governing bodies and the public to create the demand, however the difference this time will be that the fuel needs to become compatible – not the engines. The extremely high costs and lengthy lead-times of introducing a new type of aircraft engine means that, for the time being, it will be the fuel that needs to fit in with current demand. In order to succeed, any renewable fuel for use by aviation will have to ‘drop-in’ with conventional fuels, i.e. match the specification so that it can be used alongside the conventional fuel.

The current low price of crude oil on its own is enough to discourage many companies, without factoring in the costs of building new manufacturing plants and the potential need to replace current infrastructure. However, I do feel that schemes such as CORSIA will have a positive affect on changing the opinion of the industry.

The future of renewables

Despite the reservations, a number of projects are currently underway that may put renewable fuels on the map. We are working with several airport operators to shape their business models going forward, including the feasibility of Open Access fuel supply, which would offer them a more efficient and flexible fuel operation. Among other benefits, Open Access would enable any suitable provider to supply fuel – including renewable fuels.

There is a long way to go until renewable fuels are being used regularly by airlines, but the process has started. For example, in 2016 Alaska Airlines completed a commercial flight using a new sustainable alternative jet fuel made from forest residuals, and Airbus announced in 2015 that it was partnering with the Technical University of Munich to develop bio jet fuel from algae.

There are plenty of new opportunities for organisations with a long-term view of the renewable fuel market, and I believe we will witness some exciting 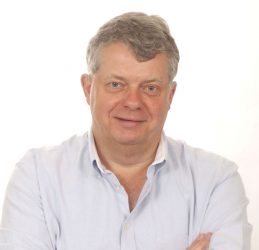 developments emerge over the next 10 years that will see the demand and supply for renewable fuels increase. As a strong supporter of the development and use of renewable fuels in aviation, we fully intend to be a part of this journey and will continue to work with other industry organisations in its development.