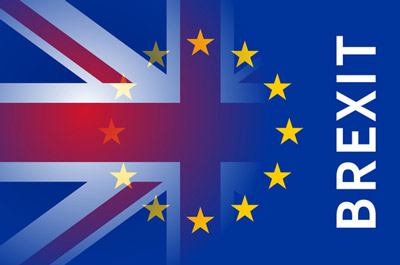 With security dominating the agenda, the ACI Europe President took stock of the progress achieved on landside security in the wake of the Brussels airport and Istanbul-Atatürk terror attacks in 2016. He praised the EU’s sound and effective approach, focused on smarter & non-visible measures. Developed in close cooperation with ACI Europe, these measures are doing a much better job of addressing the risk than the deployment of systematic checks at the entrance of airport facilities. However, it is regrettable that this approach was still not being followed by Russia – exposing Russian airports to security vulnerabilities and transferring upon them responsibilities which should rest with public authorities.

Commenting on the still possible extension of the much rumoured US ban on laptops to more European airports, de Romanet called for improved international cooperation and more trust between the two pillars of the global aviation security system: “I am relieved that the ban has not been extended for now – not least because of its potential safety impact. But we all need to work together on this and look for alternative measures that will be 100% safe, more effective from a security point of view and also less disruptive operationally. ACI Europe has put detailed alternative proposals on the table – and I am glad to see that IATA seems to have endorsed them.”

The ACI Europe President stressed how security and the new geopolitical environment that shape it only serves to underline the need for strong European leadership – as well as the central importance of the EU for aviation. He said: “Populism these days comes with a strong anti-EU sentiment, but using the EU as scapegoat is both unjustified and dangerous. For aviation, this means putting at risk the Single Aviation Market – the backbone upon which we provide the air connectivity that is indispensable for economic growth, cohesion and jobs. This is exactly why Brexit is so unfortunate. By threatening the integrity of our Single Aviation Market, it affects all of us.”

He added “The results of the UK elections have only increased our concerns over the prolonged uncertainty that comes with Brexit – and the possibility of a cliff edge scenario which would see the UK exiting the EU without an alternative and bespoke trade agreement.  Aviation has been recognised as one of the sectors most at risk with Brexit – the potential disruption for air travel is both real and substantial. With the advanced nature of the way airlines plan their seasonal schedules, air transport needs to be at the forefront of the negotiations.”

Beyond Brexit, de Romanet warned about the risk involved with retrenchment and protectionism. Pointing to the unacceptable delays Norwegian had to face in securing permission to fly to the US, he called for effective Open skies – not just on paper.

He also reiterated the full support of Europe’s airports for the European Commission’ ambitious Aviation Strategy: “We also need Open skies beyond the US and Canada. There is no reason not to move forward. Outbound travel from Asia Pacific, Africa and the Middle East is set to grow exponentially in the coming decades. Europe can simply not afford to miss this next opportunity for growth.”

Finally, turning to the current evaluation by the European Commission of the EU Airport Charges Directive, he stressed the need for airport regulation to reflect the EU’s own focus on economic growth and competition: “This is an opportunity to move airport regulation from being airport-centric to consumer-centric, and to make it market-driven – reflective of airport competition. Crucially, we can at last align it with the EU’s wider objectives for growth and investment. Doing this requires moving towards lighter and more proportionate forms of regulation.”