After being hailed as a very successful host airport for the 2014 Winter Olympic and Paralympic Games, Sochi is now striving forward on several new strategic projects… 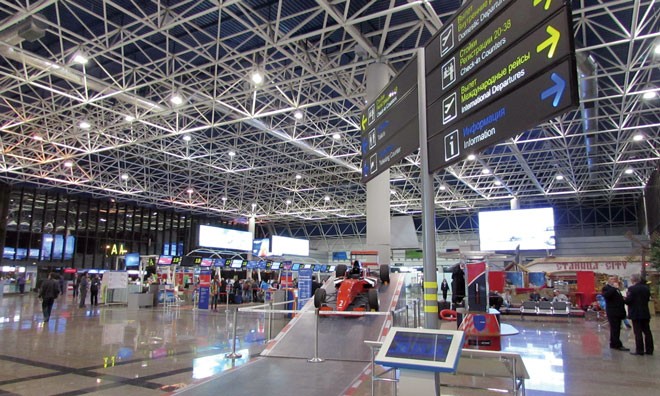 Following an investment strategy by Changi Airports International, Sochi Airport embarked on an impressive period of redevelopment. After being hailed as a very successful host airport for the 2014 Winter Olympic and Paralympic Games, Sochi is now striving forward on several new strategic projects. Wee Kai Tay, Associate Director of Consulting at Changi Airports International provides an overview of the strategy…

Sochi is not unfamiliar to winter sports enthusiasts. With its magnificent Caucasus Mountains and world-class sporting facilities, the city has rapidly amassed the reputation of being an iconic winter location for both Russians and foreigners alike. In fact, the coastal city by the Black Sea in Southern Russia is a city for all seasons. It attracts sun-lovers to its generous stretches of beaches and seaside boardwalks in summer while year-round visitors come to the city for spa vacations. Sochi is one of the world’s largest sources of hydro-sulphuric springs and iodine-bromine waters, and is renowned for having the best health retreats in Russia. In 2012, Changi Airports International (CAI) invested in a group of airports in southern Russia, including Sochi International Airport, through a joint venture with the Basic Element Group and Sberbank. As a strategic investor with long running experience in managing and consulting for airports worldwide, CAI has the expertise to help the airport achieve its full potential.

In 2014, Sochi hosted the Winter Olympic and Paralympic Games, the first Olympic event to be held in Russia since 1980. More than 6,000 athletes and team representatives were expected to compete in 98 events taking place in a mountain cluster in the scenic Krasnaya Polyana and a coastal cluster by the Black Sea. Another 550 Paralympians were due for the Special Olympics, which meant that the airport had to provide a barrier-free environment. The number of visitors expected to travel through Sochi Airport was also unprecedented. CAI and Sochi Airport set up an Olympics planning task force to oversee the preparation work. The first task was to assess if the airport had the capacity and facilities to cater to the expected traffic.

From the bid requirements for the Olympics, the airport was required to have sufficient capacity to cater to the expected surge in domestic and international passengers during peak hours. In addition, special facilities needed to be in place for passengers with reduced mobility and disability (PRMDs). A higher volume of VIPs and CIPs was also expected and suitable premium facilities had to be made available. The team determined that the existing terminal required aerobridges, a separate VIP terminal had to be built to cater to the higher volume of premium travellers, and a temporary terminal had to be put in place to accommodate the surge in international traffic.

Improving commercial performance was another strategic initiative. A bold and revolutionary idea was needed to energise the retail scene at the airport. Recognising that duty-paid business had as much potential as duty-free, the team brought in renowned travel retailer Nuance (acquired by Dufry in 2014) to form a retail joint venture with Basel Aero, the operator of Sochi Airport. Under the joint venture, Sochi Airport launched the first ever walkthrough duty-paid shop in Russia. The shop, designed by UK-based architectural firm The Design Solution, started operations in October 2013 and introduced a game-changing retail experience with attractive shopfronts, an extensive range of international brands and a fully immersive shopping experience.