Airport expansion poll: Heathrow leads the way but alternatives shouldn’t be ruled out

Results of a snap poll carried out by International Airport Review reveal Heathrow is the preferred choice ahead of Gatwick for proposed airport expansion in South East England. However, the poll also unveils a shift towards exploring alternative solutions… 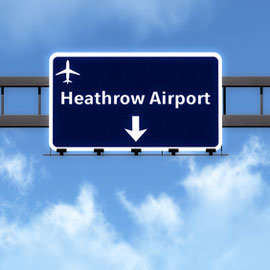 Following the publication of the Airports Commission’s final report on airport expansion in South East England, International Airport Review undertook a Gatwick versus Heathrow snap poll in order to gauge current public opinion.  With votes often level-pegging between the two airports, the final result suggests Heathrow is the preferred choice for expansion with 718 votes equating to a 41.9 percent share. However, comments suggest a concern for environmental impact in the form of noise and air pollution.  Gatwick fell back during the latter stage of the poll recording 566 votes or a 25.6 percent share, with many citing inadequate communications and infrastructure as Gatwick’s main failure for expansion. There was also great concern that environmental damage had been dismissed from the debate with fears of climate change, habitat loss and open countryside impacted with any form of expansion.

The poll revealed very strong public opinion for an alternative to expansion at either Gatwick or Heathrow with the poll’s third option ‘other’ coming second place with 32.5 percent or 718 votes. Many believe airport operators should better utilise capacity at Gatwick and Heathrow as well as smaller regional airports. A comment left by a voter suggested ‘cargo flights could be reallocated to airports that are geared towards cargo clearing, thus facilitating centrally located airports like Gatwick and Heathrow to accept a higher number of passenger flights.’

Alternatives suggested by voters included the Airports Commission’s rejected proposal for a hub airport development in the Thames Estuary or ‘Boris Island’ as suggested by Boris Johnson, Mayor of London. The reopening and development of Manston Airport in East Kent also proved to be a popular choice with one voter stating, “If we have to have another airport in the south-east it should be at Manston. It will bring much needed employment to relatively poor areas of Kent and Essex and its environmental impact is not as bad as Gatwick or Heathrow. Ignore the vested interests from the ‘Big Two’ and be bold and leave a meaningful legacy.”  Thanet Council had pledged to compulsory purchase and reopen Manston airport, however, plans were scuppered following concerns over finances of the US-based investment company, which said it would underwrite the costs of the council buying the site.

Voters also suggested the ‘pain’ of expansion should be spread across the rest of the UK with a ‘northern hub’ being considered as an alternative aiding the government’s plan for a Northern Powerhouse. Commenting on the poll, a voter explained “The North need their equivalent of Heathrow, fit to service Northern Hub like International needs and to encourage an alternative magnet for investment beyond the London obsession.”

According to newspaper reports a final decision by government could be announced as early as this month, until then the debate continues to rage.

All comments associated with the poll can be viewed here.

International Airport Review would like to thank all participants who voted in the snap poll and for their insightful comments.

2 responses to “Airport expansion poll: Heathrow leads the way but alternatives shouldn’t be ruled out”