Introducing a new digital Remote Tower Centre requires trust in technology, safety and security for both employees and local communities, and, importantly, knowledge-sharing with all throughout the roll-out phase. Abraham Foss, Chief Executive Officer at the Avinor Group, explains more. 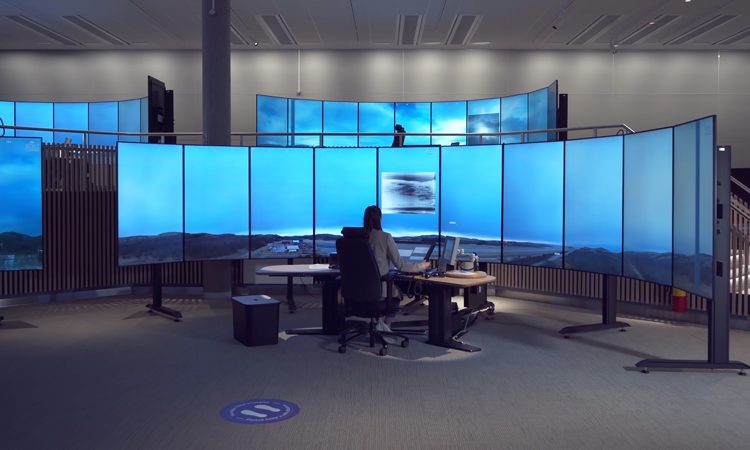 Avinor operates a total of four airport towers from the digital Remote Tower Centre in Bodø, Norway. The Norwegian airport operator, air navigation service provider and aviation tech company are now ready to continue its roll-out of the remote towers system at a further 11 airports. This will then become the world’s largest Remote Towers Centre.

Avinor is one of very few companies in the world which operates a network of 43 airports, critical technological infrastructure, and air navigation services. On 19 October 2019, the first digital remote tower in Norway went operational at Røst Airport (RET), located in the harsh climate of the Lofoten islands, north of the Arctic circle. Since then, three more airports have been transformed from a traditional tower to the digital remote towers system in Bodø, Norway.

In 2022 Avinor will operate a total of eight airports from the new Remote Towers Centre, making it the world’s largest”

The investment in digital remote towers goes back to 2012, when Avinor identified a need to upgrade the aging physical towers at airports across Norway. The cost of conducting such a renewal programme across the airport network would have been significant. At the same time, the digital remote towers technology was emerging. Avinor entered a partnership with Kongsberg Defence and Aerospace which delivers the technological platform for the new digital remote towers system.

Trust in the technology

Safety and security are the most important requirements within the aviation industry. When introducing the digital remote towers system, many naturally voiced their concerns of removing the ‘out of the window view’ from traditional towers, replacing it with camera technology. Therefore, it was very important for Avinor to establish the mantra and absolute requirement for the digital remote towers system: ‘The new technology has to provide the same, or a better safety level than traditional towers’. More than two years on, and about 10,000 flight movements later, there have only been four regularity issues which can be directly linked to the remote towers system.

Proactive and transparent dialogue with the CAA is another important ‘lessons learned’. As with all new technology systems, there are always bumps in the road which must be handled along the way. Avinor has chosen to keep in close contact with the Norwegian CAA and share any issues which have come up, in a transparent manner. Another mantra for Avinor in a safety context is that ‘quality trumps speed’ when it comes to ensuring that the digital remote towers system function to the required standards. When issues have come up, we have taken our time to troubleshoot, re-test and share information openly with the CAA. This has been an important factor in getting the remote tower system certified by the Norwegian CAA – and in turn, building trust in the new technology with staff, airlines, government agencies and the public at large.

Introducing the digital remote towers technology involves significant changes for our staff and their families. Establishing a centralised remote towers centre involves moving employees and their families to another part of the country. This requires careful information planning and respect for each employee’s situation. As an employer, this is not something we take lightly. Therefore, even during the early stages, Avinor created arenas for involving trade unions and a direct dialogue with affected staff. While it may seem obvious to involve staff, this is a critical success factor which cannot be stressed enough when introducing a completely new technological platform.

Beyond the financial cost saving aspect of Avinor’s remote towers programme, we also see clear benefits of centralising our operations at the Remote Towers Centre in Bodø.

From a safety aspect, it will be much easier to share knowledge when working together under the same roof as opposed to being spread across Norway, thousands of kilometres apart. One can get support from colleagues and learn from each other more effectively when working at the same location. Having a centralised centre also makes it possible for employees to be certified to operate more than one airport tower. This makes our services more robust and resource effective.

More than two years on, and about 10,000 flight movements later, there have only been four regularity issues which can be directly linked to the remote towers system”

Small communities in the Arctic and elsewhere are very dependent on good flight connections to other parts of the country. Aviation represents the backbone of many communities, and many of the local jobs are connected to the airports. These communities generally have low populations and local workplaces are a scarcity. It is therefore very important for Avinor to conduct careful stakeholder mapping and communicate proactively and transparently with local government bodies in the regions where we plan to operate airport towers remotely. While introducing remote towers on one hand means moving jobs away from the local communities, the new technology on the other hand brings with it more robust services which may benefit the rural communities in other aspects. This has caused occasional external attention, and we have taken an open and transparent approach to addressing questions or concerns. At the same time, it is also important to clarify any misconceptions in the media about the new digital remote tower technology.

In May 2022, Avinor will move its remote towers operations to a brand-new centre in Bodø, Norway. We also plan to introduce four new airports to the Remote Towers Centre: Mehamn (ENMH), Røros (ENRO), Rørvik (ENRM) and Namsos (ENNM). This means that in 2022 Avinor will operate a total of eight airports from the new Remote Towers Centre, making it the world’s largest. Avinor plans to have a total of 15 towers rolled out on the digital remote tower platform by the end of 2023. This will complete phase one of Avinor’s ambitious remote towers programme.

Abraham Foss entered the role as Chief Executive Officer at the Avinor Group in 2021. He has a background in the telecom industry, Innovation Norway, and the Royal Norwegian armed forces, having worked in Asia, the U.S. and Germany. He holds a Master of Finance degree from the Norwegian school of Economics. 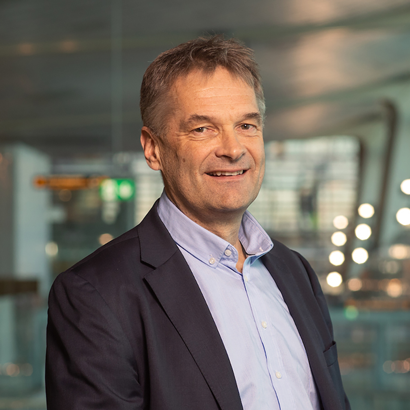