Putting Puerto Rico on the map

At the World Routes Conference in Milan, International Airport Review Editor Holly Miles, spoke with Pedro Pierluisi, the Governor of Puerto Rico. Together they discussed how Puerto Rico’s airports are recovering and his ambitions to put Puerto Rico on the map and open new air routes into new markets. 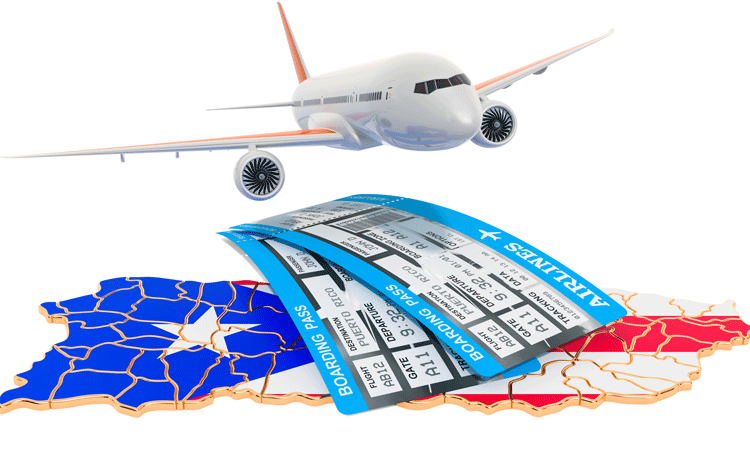 Being an island, air connectivity is of crucial importance for Puerto Rico’s economic development. The island has three international airports; the main one located in San Juan, with a smaller airport in Ponce, and another small to medium-sized airport in Aguadilla. Puerto Rico enjoys direct flights to many major American cities such as Miami, Orlando, Atlanta, Washington DC, Philadelphia, New York, Chicago, and Dallas, which certainly creates an opportunity for growth for the island.

Speaking about the measures they introduced at the airports to try to control the spread of COVID-19, Pierluisi explained the travel declaration form system set up at the airports, along with thermo cameras to identify passengers with high temperatures, and the requirement of either proof of vaccination or a negative COVID-19 test result.

Despite 2020 being a tough year, 2021 has been a definite improvement according to Pierluisi, with the tourism market recovering very well: “In terms of airport arrivals, in July 2021 we broke the record. In July 2021, we had 554,000 airport arrivals. The previous record was set the month before in June with 513,000. We are breaking records in terms of passenger traffic, and in terms of seat capacity, we are pretty much back at the level we were in 2019.”

Despite enjoying a healthy serving of U.S. passengers (90 to 94 per cent of their tourists come from the U.S. mainland), the airports in Puerto Rico are keen to diversify into new markets. Currently 90 to 95 per cent of their air routes are within the U.S., according to the Governor. “We still have the challenge to diversify routes, and we want to increase the number of flights we have to European countries like Spain, England and Germany. Apart from that, Canada, Mexico, and Columbia are targets that we have,” commented Pierluisi.

These are markets that Puerto Rican airports have had airline business with in the past, which did well, but it is thought that they could do much better in the future.

Marketing Puerto Rico as a destination

Pierluisi said that Puerto Rico has shown that it is a safe place to visit. Puerto Rico has been something of a success story, as of November 2021 it has vaccinated 74 per cent of its population, making it the highest vaccinated U.S. state/territory. It has also reported very low COVID-19 death rates since the start of the pandemic.

Under the American Rescue Plan, Pierluisi said that he has used federal funding to increase the budget for their destination marketing and management organisations. Pierluisi is also investing in financial support for airlines and ensuring that the cost structure of all three airports in Puerto Rico remains aggressive, to position Puerto Rico as a great partner for airlines looking to grow and expand.

In fact, it seems that the Governor was being very humble – he is the only governor in the U.S. in his first year that will set an all-time tourism record.

And the Governor has ambitions to grow: “We currently have 137 daily direct flights to Puerto Rico, but we want to grow further. We anticipate having six new routes in the coming months.”

Tourism accounts for around five per cent of Puerto Rico’s GDP and has been as high as seven per cent in the past. It creates around 86,000 jobs right now in an economy where around 900,000 jobs are available, so it is of huge significance to the island.

In terms of total passenger traffic per year, Pierluisi puts the estimate at 9.5 million passengers. Puerto Rico gets around 5.5 million non-resident visitors per year – including cruise ship visitors.

The airports see a combination of leisure tourism and business tourism. “Our economy is different than the typical economy in the Americas; 50 per cent of our economy is sophisticated manufacturing like BioPharma, medical devices, aeronautics among other things, and that gives us a lot of stability and resiliency. Even after the hurricanes we experienced and earthquakes in early 2020, the economy kept almost stable. It wasn’t growing, but it was stable.”

Puerto Rico is a unique destination, because when you visit Puerto Rico, you are exposed to the U.S., whilst still having an innately Caribbean experience.

“It’s a U.S. territory, but it’s also very much Caribbean, as well as Latin American. So, you get three cultures in one holiday. You cannot get that combination anywhere else. You have the safety of the U.S., with the beaches, the countryside, of a beautiful Caribbean Island and then you have our culture, heritage, our Spanish, our way of life, which is very much Latin American. It is a unique experience. It is authentic.”

It is this rich cultural experience that Pierluisi is keen to market to the rest of the world and make them the first destination that springs to mind when you think of ‘the Caribbean’.