Manchester Airports Group’s Diane Jackson describes how the CAST has been established to be the ‘leading body for the aerodrome safeguarding community’ and aims to make crucial links between policymakers, legislators and implementors. 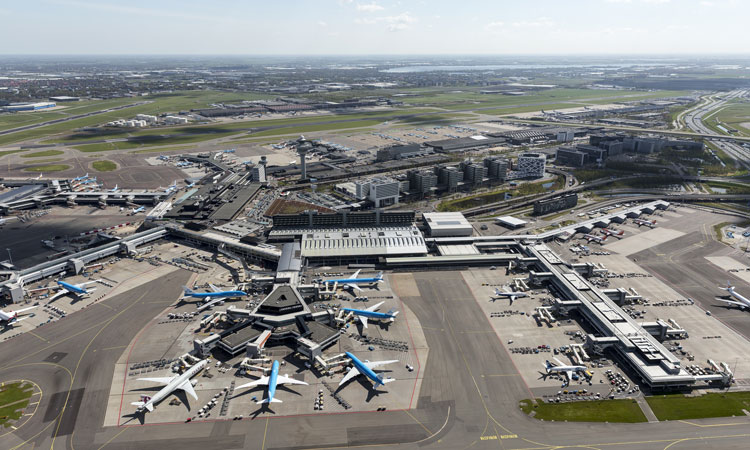 Aerodrome Safeguarding (AS) is a complex discipline that I believe is increasingly important to understand and implement effectively, particularly as development is proposed closer to aerodromes and necessary environmental and societal considerations are changing planning law. At the same time, new, more robust regulations and guidance in aviation are being introduced.

AS is the procedure by which aerodromes protect the safety of flight and is mandated by the International Civil Aviation Organization (ICAO), European Union Aviation Safety Agency (EASA) and the Planning Circular 1/2003 Safeguarding Aerodromes, Technical Sites and Military Explosives Storage Areas: the Town and Country Planning (Safeguarded Aerodromes, Technical Sites and Military Explosives Storage Areas) Direction 2002. Potential issues arise in a number of ways, including physical intrusion of protected surfaces or navaids; frequency interference of CNS; introducing additional risk of a bird strike by changing the habitat with more bird-attractive features; a glint/glare hazard; or new lighting that might confuse or distract pilots.

I work for Manchester Airports Group (MAG) and safeguard Manchester Airport (MAN), London Stansted Airport (STN) and East Midlands Airport (EMA). It is a busy role and not without contentious cases. I am grateful for my network of safeguarders at UK airports who provide support to each other by sharing best practice and discussing issues on an ad hoc basis. In 2019, East Midlands Airport was declared by the UK Civil Aviation Authority (CAA) to be the first UK airport to incorporate IFP information into a safeguarding map, and was chosen by the CAA to demonstrate the process at the workshop, arranged by the CAA to introduce the new safeguarding requirements to all aerodrome operators and approved procedure design organisations. Consequently, my colleague, Matt Roberts, MAG’s EMA Development & Safeguarding Officer, fielded a lot of questions about this from fellow safeguarders at other airports. Coincidentally, the CAA announced its intention to revise CAP 1096 to ensure that all cranes and tall equipment would be notified to them and that they would then notify aerodromes. This caused some alarm amongst the AS community. Then, when the CAA asked for industry assistance with developing the proposed revision to CAP 1096, Matt Roberts stepped forward.

There was a safety imperative to revise the CAP, however, as this included a new notification process, which the CAA did not realise the significant burden on itself, the crane industry or on safeguarders to comply with the new rules once implemented. It became clear that it would be beneficial for all stakeholders if the CAA and government engage with AS practitioners earlier in the formation of new policy and laws. Safeguarders and local planning authorities will be able to advise on the potential impact of any changes in practice and will ensure compliance, with the wider government aim of reducing the red tape of the planning process.

AS, perhaps even more so than other aviation disciplines, needs an operating framework shaped through well-crafted policies, regulations and standards that are easily implemented and understood by the world outside of the boundary fence. There is sometimes a negative reaction when AS gives regulation as a reason to object to proposed development and, unfortunately, AS measures can be viewed as a blight to development or a barrier to meeting environmental targets. The fact is that regulation is necessary to protect the safety of flight, but we need to create trust in the process and provide certainty that AS is not overly officious or unnecessarily stringent. This can only be done by demonstrating that legislation and policy have been brought into practical implementation after thorough consideration of the widest implications by those who will be ultimately responsible. It is imperative that we can show that AS is serving the public interest, is evidence-based and responds to a specific need. It is worth noting that we do not object to proposed development lightly, and we will always strive to work with developers, LPAs and third parties to find solutions that do not compromise flight safety.

Creating an AS stakeholder forum

MAG encourages its staff to collaborate widely on all safety matters, so, along with Matt; Simon Vince, the Airside Works & Safeguarding Manager at London Heathrow; and Amanda Purdye, London Gatwick’s Aerodrome Safeguarding Officer, I approached Tony Heap, Aerodromes Policy Specialist at the CAA, with our idea to create a new forum for all stakeholders in AS. Tony, who was immediately on board, said: “I was impressed by the enthusiasm and passion that Matt, Diane, Simon and Mandy brought to the table. Their ideas to improve aerodrome safeguarding can only be a positive force for the discipline. Between them, they have immense knowledge that should be harnessed for current and future aerodrome safeguarders.”

Our aim is that the Combined Aerodrome Safeguarding Team (CAST) will provide information, guidance and input to new policy and legislative updates through four AS focus groups that will concentrate on: technical matters and training; wildlife; regulation and legislation; general aviation; and training. CAST will act as a main point of contact and facilitate dialogue between stakeholders. The benefit is that it will be easy to communicate in the CAST forum, rather than to every company active in the sector separately. When necessary, CAST will consolidate the AS sector viewpoint and represent that to the regulator and government, to allow a structured, representative and transparent dialogue.

There is sometimes a negative reaction when AS gives regulation as a reason to object to proposed development and, unfortunately, AS measures can be viewed as a blight to development or a barrier to meeting environmental targets”

We also aspire to make best use of our collective expertise. We have a pool of wisdom based on experience that allows us to give sensible guidance and advice and we wish to develop a strong culture of sharing that knowledge and best-practice, both informally and formally, in the shape of training and certification for the AS discipline.

The CAST will facilitate multi-stakeholder cooperation in a way that has not been done before. Previously, the links between different stakeholders such as airports, local planning authorities, CAA, government departments, industry consultants, NGOs etc. has been on a case-by-case basis. CAST will bring everyone together to connect the constituent parts of maintaining flight safety. We have stakeholders who are willing to work together to discuss and negotiate what seem like diverging and competing interests between aviation, development and environmental targets. The world is dynamic, and AS must keep pace with change to not only maintain safety, but also reflect that aviation plays a part in meeting sustainability and climate change measures.

We are very excited by the enthusiasm from all stakeholders so far. We held an inaugural meeting in December 2020 with over 75 delegates, and we have approximately 30 volunteers standing ready to work in the Focus Groups who will meet in March 2021. If you feel that you have the expertise to add value, please contact the CAST committee at [email protected]. 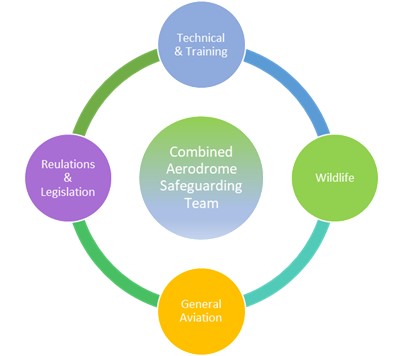 Diane Jackson is MAG’s Group Aerodrome Safeguarding Officer. She began her safeguarding career at the Ministry of Defence (MOD), providing advice to ministers and initiating MOD’s liaison with the wind energy industry to progress research on radar interference; she also represented the MOD at the UK Birdstrike Avoidance Committee. Later, she was Managing Director of an association management company giving governance advice to professional associations, including developers, and worked in the planning team of a national park before returning to aerodrome safeguarding at MAG. 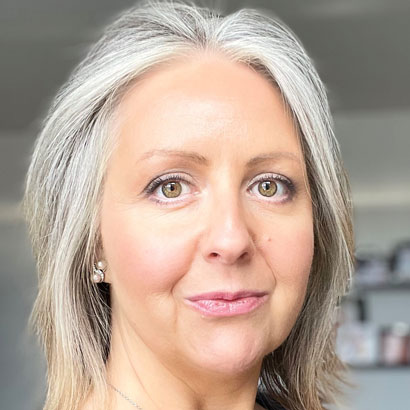 Safety is always the destination for Australia’s airports

One response to “Introducing CAST: The Combined Aerodrome Safeguarding Team”