Salvador Bahia Airport, which became part of the VINCI Airports network in 2018, details the vision it had regarding interior design; focused on representing the local culture. 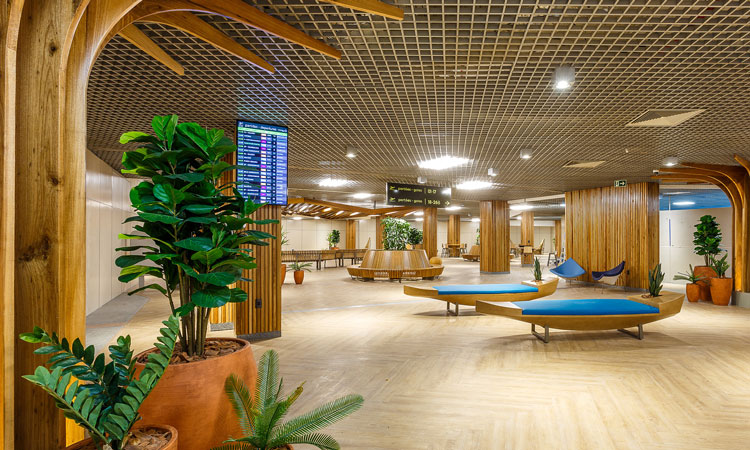 Bahia is a land of inspiration, in terms of art, music, landscapes and cuisine. That is where Salvador Bahia Airport and Thais Abreu Arquitetura sourced their inspiration for the ambiance of the new airport areas, delivered after the first phase of modernisation and equipment expansion.

The design concept at Salvador Bahia

Salvador Bahia Airport’s interior design concept had sense of place as its starting point, which was the main challenge posed by the concessionaire to Bahian architects Thais Abreu, Luiza Buratto and Alberto Sena. They then elaborated the interior architecture project, under the coordination of architects Paula Maia and Viviane Braga, from the airport’s technical team.

The concept sought to create architecture that passengers can relate with; reflecting a sense of belonging and enabling a multi-sensory experience. Creating an emotional connection can help relieve passengers of stress and tension – emotions often felt by non-frequent or nervous travellers. All the material used for the project was chosen with durability, comfort and sustainability in mind. 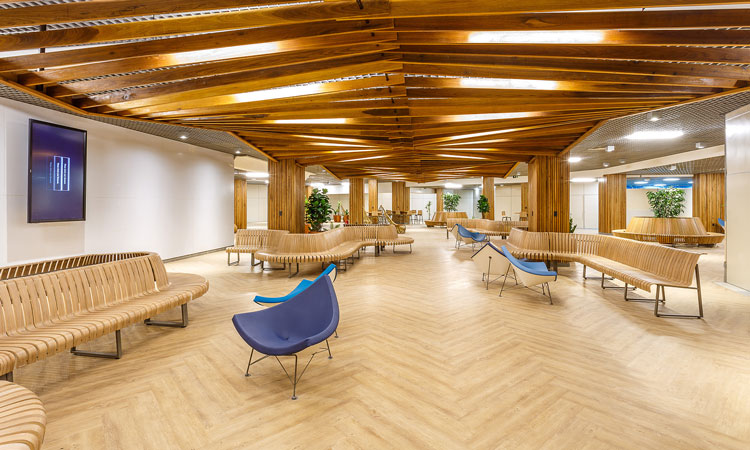 Dendezeiros Square is one of these spaces. This lounge is the first point of contact with the airport for passengers arriving in the Bahian capital, and so the airport wanted to ensure it was a good representation of the local culture. With its main pillars covered with wood, which sustain the structure of the build, the environment alludes to the shape of the oil palm tree – known as ‘dendezeiro’ – from which the famous oil is extracted.

Alongside this, there are beanbags located in the lounge that are intended to represent the shape of one of the most famous dishes in Bahian cuisine: Acarajé. There are benches resembling boats sailing along All Saints Bay, and the organic feature of the furniture references the sea waves and the drums and the circles of the baianas. All of these elements, including the pergola that recreates the iconic bamboo tunnel providing access to the airport, ensure passengers feel like they have arrived in Bahia.

Another specifically-designed environment is the skyline panel located in the corridor that gives access to the new pier and refers to the famous All Saints Bay. The panel highlights clippings of important monuments and buildings in the city, such as Barra’s Lighthouse, Bonfim Church, Lacerda Elevator and Rio Branco Palace. In addition, it has niche frames that represent the windows of the bay itself, designed to house travelling exhibitions by local artists portraying Bahia through photographs and engravings. 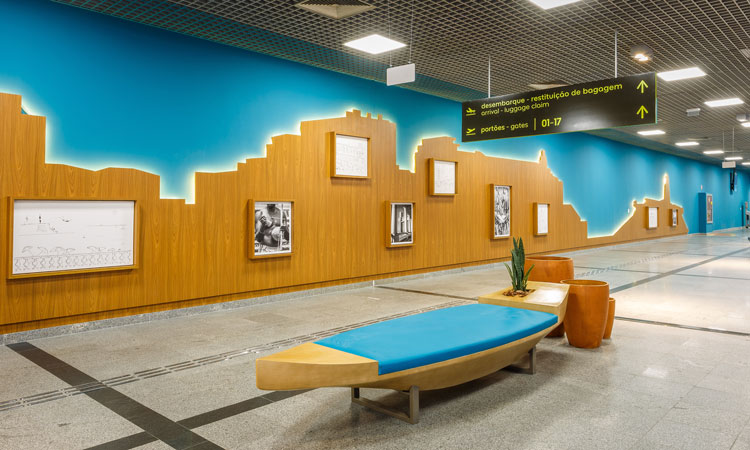 The vision of the airport

“The project was a mixture of elements that we wanted to represent, including the rhythm, spirituality, landscape, cuisine and history of the Bahian culture,” said Thais Abreu, responsible for the project. “The airport experience intends to invite the passenger to explore this mixture.”

Yann Le Bihan, Salvador Bahia Airport’s Technical Director, said: “Bahia provokes strong emotions that passers-by cannot remain indifferent to. It is a land of culture and warmth. It is very important to us to integrate the airport into this.”

Delivered to the public on 31 October 2019, the project met the deadline set for construction. Salvador Bahia Airport has gained 22,000m² with the expansion, including the opening of 50 new operations by March 2020, including restaurants and shops that follow the concept of representing the local culture. The commercial area has grown by 40 per cent, totalling 9,000m² and, in addition to the stores that were already established in the terminal, other businesses have been selected. These new organisations either already have state references within their establishments or are willing to create new establishments that meet this requirement.

Salvador Bahia Airport is part of the VINCI Airports Network, the largest private airport operator in the world, which values ​​the architectural concept in its equipment in order to strengthen the sense of belonging in each city. This way, the identification with the destination is present immediately upon arrival and continues upon return; offering a unique and multi-sensory experience. Now, even those who make only one connection at Salvador Bahia Airport will feel they are in Bahia, even without exiting the airport.