Protectionist rhetoric – fuelled by isolationist policies – has swept several major economies in recent times and this has translated into a dismantling of established open trade relationships and regimes. Because aviation has strong links to the global economy and to local development through commerce and tourism, these new barriers will inevitably restrain the efficient flow of people, goods and services; air transport very much relies on open markets to grow.

Despite this, passenger traffic has remained resilient, posting annual growth rates above historical averages with the cost of travel decreasing in many markets and middle-class populations burgeoning in emerging markets.

According to ACI World’s latest World Airport Traffic Report, due to be published mid-September 2019, passenger numbers are estimated to have reached 8.8 billion in 2018, growing by 6.4 per cent compared to the previous year.

With the spectre of uncertainty hanging over major economies, the report shows that the air cargo market did not fare as well as passenger traffic in 2018 with the impact of tariff walls imposed between China and the U.S. are already apparent. Global year-over-year volume fell 1.7 per cent in December 2018 against the previous year, bringing growth for 2018 overall to 3.4 per cent.

If these isolationist policies persist, their adverse effects will continue to stifle output growth in many countries. Economies that rely more on exports or carry higher debt loads will be most sensitive to a downturn, further exacerbating economic conditions. The contagion effect of such a downturn could quickly spread into the aviation sector.

With the exception of the Middle East – which saw passenger traffic almost flatten to 0.7 per cent growth in 2018 due to tensions in the region and airspace restrictions placed on Qatari flights – all regions posted higher growth in passenger numbers than in 2017.

In spite of the uncertainty and pending outcome of the United Kingdom’s withdrawal from the European Union, Europe’s largest aviation markets continued to see passenger traffic grow substantially in 2018. Eastern European countries were major contributors to this growth. Africa has also experienced feedback loops from strong international demand. A revival of Africa’s largest economy, Nigeria, after a 2016 recession has also helped solidify domestic markets. Europe and Africa experienced growth of 6.4 per cent and 9.4 per cent respectively.

Airports handled more than 122 million tonnes of air cargo in 2018. The market experienced a moderation in growth to record 3.4 per cent growth on a year-over-year basis. This came after a sharp 7.7 per cent increase in 2017, when international trade and industrial production were buoyant with activity.

As inventory build-ups peaked, export orders continued to weaken at the end of 2018 and into 2019, with heightened trade tensions and erected tariff barriers affecting global supply chains.

Nearly all regions posted declines in air cargo volumes in December, resulting in a year-over-year loss of 1.7 per cent during the month. International freight volume growth was weaker than domestic growth in 2018, experiencing a modest 2.9 per cent increase.

The largest airport markets for cargo volumes handled were the Asia-Pacific, North America and Europe regions, which together handle over 85 per cent of all air cargo globally. Those regions grew by three per cent, 5.1 per cent and two per cent respectively. Despite the U.S.-driven fall-out in global trade relations, the North American domestic freight market remained strong. Growth in express delivery and online orders through e-commerce platforms remained an important driver, boosting domestic freight volume 5.8 per cent.

Traffic outlook 2019 and beyond: Addressing bottlenecks and capacity crunches

Global passenger traffic growth was subdued in the first half of 2019 as compared to previous years. A moderate increase of 3.6 per cent year-over-year was recorded for the first six months. The global economic slowdown has already spilled over to aviation markets. Air cargo has felt an even greater impact as a result of erected tariff walls from protectionist policies. Volumes handled by the world’s major airports contracted by 3.2 per cent in the first half of 2019. A resolution to the trade disputes will help put aviation markets back on track.

Even with these short-term challenges, ACI World’s global medium-term forecasts show almost 30 per cent growth in passenger numbers from 2018 to 2023. Over the long term, passenger traffic worldwide is expected to double by 2034 and projected to grow at an annualised rate of 4.1 per cent, reaching 20.9 billion by 2040.

From these forecasts, we can see that the airport industry is engaged in a balancing act as it seeks to meet surging air transport demand which, in many cases, is outstripping available airport infrastructure.

More than 200 airports around the world already require slot coordination because they have insufficient capacity to meet demand at all times of the day and all regions of the world have airports that are experiencing capacity constraints to varying degrees.

Airports need to make best use of existing infrastructure as well as plan for new infrastructure. The recent new agreement on airport slots – whereby airlines, airports and coordinators have equal say on allocation – will have a transformative effect on a crucial component of growth but it is only one piece of the puzzle.

Many parts of Asia have experienced rapid surges in air transport demand whereby airports have almost reached or exceeded their capacity. While larger greenfield hub airports are planned to accommodate demand and ensure connectivity in markets such as China, other regions are more limited in their ability to expand.

As airports continually work to modernise their infrastructure to improve the passenger experience and spur more airline competition, airports face challenges in securing much-needed financing. ACI has found that, at airports around the world, private investment has provided a viable solution to global airport infrastructure gaps, especially when public financing represents limited options, although it should be applied appropriately with specific regard to the local situation.

The continued growth in air transport demand also has significant implications for the global aviation workforce. According to a projected 10-year review by CAE, an aviation training services company, 255,000 new airline pilots will be required to sustain and grow the commercial air transport industry globally by 2027. In real terms, this means that more than 50 per cent of the pilots who will fly the world’s commercial aircraft in 10 years’ time have not yet started to train.

More broadly, the aviation industry also cannot continue to ignore half of the world’s population and must promote gender equality as it competes with other industries for the talent it needs to continue to play its role as an economic driver. Aviation needs to have a diverse talent pool from which to draw in order to ensure the sustainable growth of the industry. 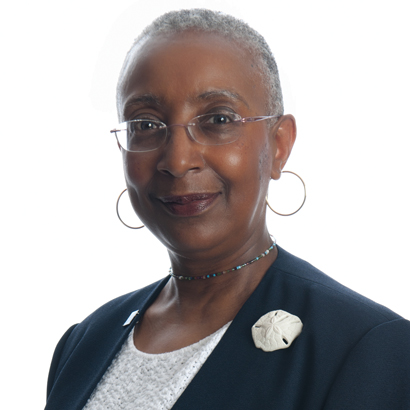