Embracing innovation has been a key factor to Gatwick Airport’s recent successes and to a large extent it has been cutting-edge technology and bespoke systems that have seen the airport transform its passenger experience. 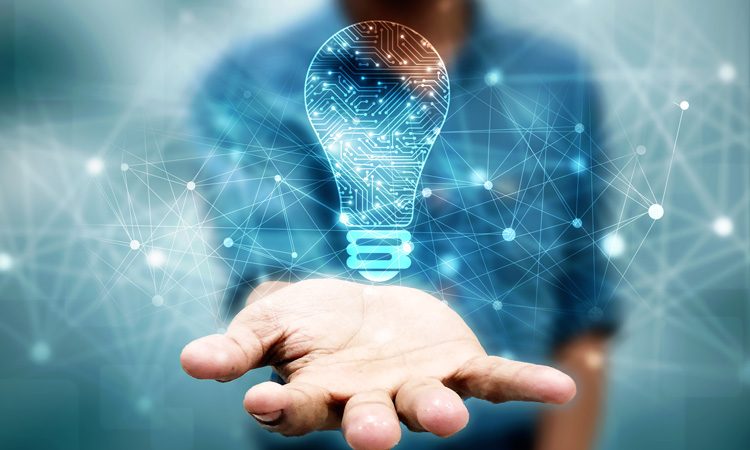 As previously outlined in International Airport Review1, Gatwick wants to make best use of its existing runway. This will largely be achieved through the deployment of new technology and process innovation.

Developing new innovations to a level where they can be confidently brought into regular, high-frequency service takes time. To stay ahead of the curve, Gatwick maintains an ongoing pipeline of innovations, with some of the latest ‘hot-off-the-press’ advances being considered for viable use at one end, and more developed, worked-through innovations maturing and being tested ready for use at the other.

As previously outlined in International Airport Review1, Gatwick wants to make best use of its existing runway. This will largely be achieved through the deployment of new technology and process innovation.

Developing new innovations to a level where they can be confidently brought into regular, high-frequency service takes time. To stay ahead of the curve, Gatwick maintains an ongoing pipeline of innovations, with some of the latest ‘hot-off-the-press’ advances being considered for viable use at one end, and more developed, worked-through innovations maturing and being tested ready for use at the other.

Ideas for harnessing and developing the latest technologies are often initiated, shared, discussed and developed at Gatwick’s IT Tech Forums. These Gatwick-led events bring the IT community together on a quarterly basis to discuss innovative solutions and updates on IT projects at Gatwick. The forums are an opportunity for anyone to influence the shape and direction of technology projects at Gatwick, and for other organisations to take part in trials and present challenges for the airport’s IT team to solve.

Feedback in these forums has proved invaluable in the development of new technology products with B2B participants giving their input based on their experience in airport environments.

The forums are led by Abhi Chacko who heads up ‘Enabling Technologies and Innovation’ at Gatwick. Below, Chacko discusses some of the latest technologies that the airport is currently developing.

Machine learning to prioritise flights most at risk of delay

“We obviously want our flights to depart on time but, by using conventional methods we are not able to predict the departure times accurately in advance. Using this approach, we get it right only around 50 per cent of the time,” Chacko said.

“We are however now using machine learning to predict the departure time. The machine considers multiple factors including passenger numbers, baggage, destination, airfield condition, flight and service history and will predict when the flight is going to depart. We are now getting it right approximately 70 per cent of the time and we use the new technology to prioritise flights that are at most risk of delay and deploy additional resources to get them away on time.”

Digital management of the aircraft turn

Chacko continued: “One of the most critical, but fragmented processes in the airport is the management of the aircraft turn around. It is currently all done using radio and paper.

“We want to build an integrated digital platform called ‘AirTurn’ where all stakeholders (captain, crew, boarding agent, bag handler, turn lead, etc.) can collaborate and communicate in real time. Users will mark the start/stop of their tasks on the tool and can chat with other participants. We get a full history of the turns and can use it to fine tune the process over time. We will also be using a smart watch for making it easy to interact with the system.

“We could also detect turn events automatically using computer vision with cameras pointing down to the stands that can detect the jet bridge connecting, cargo doors opening, power connecting, etc. We have just completed the trial with multiple start-ups, and we are in the process of initiating production deployment.

“The system can be used for billing, so we could charge airlines on power, based on how long the ground power unit was connected.”

“Another paper and radio process is aircraft line maintenance, which we are streamlining and creating a digital solution for called LineMate. This will simplify interactions among captain, aircraft engineer and the control room, and make it more efficient.

“Solutions like this would be particularly relevant given the Boeing maintenance hanger which will soon be operational at Gatwick. We are also building it as a cloud product so that other airports can benefit from it as well.”

“What’s the problem you ask? The legacy methods used are not able to fully benefit from the free route airspace. We are exploring alternative methods of filing flight plans using the latest technology and are working with airlines to consider these. The scope of this initiative is only at an early stage, but it has the potential to deliver solid improvements to on-time performance.”

Chacko detailed: “We have already enabled flight enquiry on Alexa, and now we have a Chatbot for passengers on Facebook Messenger to answer typical questions from passengers. Once this has been bedded we will roll it out on Apple iMessage and Whatsapp.”

“Why are the boarding arrangements so confusing and often lead to passengers being stuck in the jet bridge or the aisle of the aircraft for 10 minutes? We are looking to see whether we can avoid it by communicating to passengers better and boarding by seat number. People may not comply but there is a reasonable chance that we can make the experience better for everyone.”

Preparing for the future

Technology moves on at pace and to make sure the airport stays up to date, tech-industry guest speakers present at the forums, which recently included representatives from Google and IATA. Gatwick has also joined the Future Travel Experience Start-up Hub as a Corporate Partner and is a sponsor for some technology accelerators.

This approach appears to be working and the airport’s IT Forum has led to several recent successes including the Airport Community app, Cloud FIDs, indoor positioning beacons and wayfinding for the visually impaired.

A range of other exciting technologies are also working their way through the airport’s innovation pipeline and some have real potential to transform the airport’s operations and passenger experience.