Despite increases in passenger traffic, Hong Kong International Airport’s cargo throughput has fallen 14.4 per cent year-on-year from 2017, due to unfavourable macroeconomic conditions. 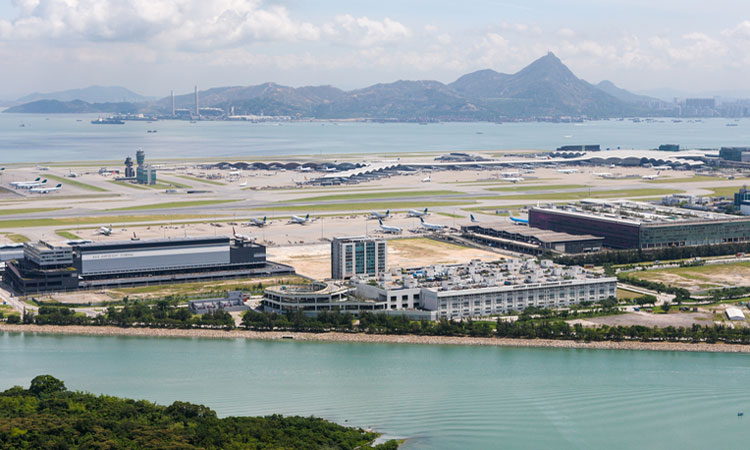 Hong Kong International Airport (HKIA) saw continued growth in passenger throughput and flight movements in February 2019. During the month, HKIA handled 5.89 million passengers and 32,430 flight movements, marking year-on-year increases of 1.1 per cent and 0.3 per cent, respectively. However, the airport’s cargo throughput decreased by 14.4 per cent to 274,000 tonnes due to unfavourable macroeconomic conditions.

Over the first two months of the year, HKIA handled 12.4 million passengers and 68,960 flight movements, representing year-on-year increases of 3.6 per cent and 0.9 per cent, respectively. HKIA handled 676,000 tonnes of cargo in January and February 2019 for an 8.6 per cent decrease compared to the same period in 2018. Combining the figures of January and February for comparison would cancel the effect of Chinese New Year holidays.

Passenger volume during January and February 2019 was mainly driven by seven per cent year-on-year growth in transfer / transit traffic. Japan and South East Asia recorded the most significant traffic increases over the first two months of the year.

Amid global economic uncertainty, cargo traffic saw 10 per cent drops in both imports and exports in these two months, which are consistent with the softening cargo market in the region. Amongst key trading regions, cargo traffic to and from Europe and South East Asia experienced the most significant decreases.

On a 12-month rolling basis, HKIA handled 75.1 million passengers and 428,365 flight movements, representing increases of 2.7 per cent and 1.4 per cent over the same period last year. Cargo throughput saw a slight decrease of 0.9 per cent to 5.06 million tonnes.

In other news, the HKIA Remote City Terminal (RCT) at Guangzhou East Railway Station, commenced operation on 1 March 2019, providing a seamless multi-modal transportation experience connecting travellers between Guangzhou to the rest of the world via HKIA. Passengers offered shuttle service from the RCT to the nearby Lianhuashan Port for high-speed ferries to come to HKIA directly, which passengers can also enjoy airline check-in services at the port.

Steven Yiu, Deputy Director – Service Delivery at Airport Authority Hong Kong, said: “HKIA has long been established as a multi-modal transportation hub, facilitating passengers to go easily between the airport and cities in the Greater Bay Area via high-speed ferries, coaches and limousines. The connection has become more extensive with the recent opening of Hong Kong-Zhuhai-Macao Bridge and Guangzhou-Shenzhen-Hong Kong Express Rail Link. This is the latest addition of RCTs in the Greater Bay Area, making a total of 15 RCTs across the region. More RCTs will be added in the coming years, especially in the Western Pearl River Delta region.”