With an expected four per cent increase in Jordan’s aviation growth each year, the government of Jordan must prioritise safety according to IATA. 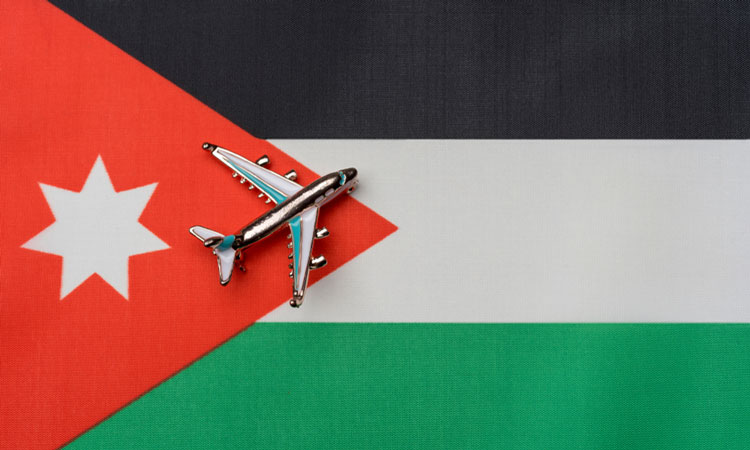 IATA has called on the government of Jordan to continue to focus on aviation as a strategic enabler of the country’s economic growth and development. Aviation already supports close to $2.2 billion in economic activity and 70,000 jobs in Jordan, including the catalytic benefits of tourism enabled by air transport.

“Jordan’s leaders have always understood the importance of having a sustainable aviation sector. They have prioritised policies such as infrastructure development, visa facilitation and open skies that have encouraged the development of air connectivity that supports travel and tourism,” said Alexandre de Juniac, IATA’s Director General and CEO.

Eight million passengers travel to, from and within Jordan each year. This demand is expected to increase at around four per cent per annum over the next 20 years (0.5 of a percentage point higher than the average industry growth rate), with double the number of passengers expected to fly by 2037.

To fully realise this potential, however, the government needs to ensure that aviation continues to be prioritised as a key economic enabler. The long-term strategic decisions taken must support the competitiveness of Jordan’s aviation sector. De Juniac highlighted three key focus areas: safety, competitive infrastructure, and smarter regulation.

An important safety milestone was reached in Jordan in 2018 with the signing of a Memorandum of Understanding (MoU) between IATA and the Jordan Civil Aviation Regulatory Commission (Jordan CARC) to improve aviation safety. Crucially, under the terms of the MoU, CARC recognises the IATA Safety Audit for Ground Operations (ISAGO) as an acceptable means of compliance to complement the regulator’s safety oversight function.

“Safety is aviation’s top priority. Global standards and cooperation are the key to improve performance. Recognising ISAGO as an integral component of safety oversight is an important step towards ensuring ground operations at the country’s airports are operating under globally-accepted best practices. We urge CARC to take another step forward by recognising the IATA Operational Safety Audit (IOSA) as an element of safety compliance for airlines serving the country,” said de Juniac.

Queen Alia International Airport in Amman demonstrates the foresight of Jordan in developing world-class airport infrastructure. There is now, however, a need to build more airport capacity in Amman. It’s important that both the government and airports continue to invest in sustainable airport development as traffic grows.

“Amman’s competitive advantage as a regional aviation hub depends on infrastructure that meets the needs of customers and stakeholders, at a fair price. The key to achieving that is consultation with users. We urge the Jordanian Government to talk to all stakeholders—especially the airlines—to ensure that the best long-term economic and social benefits are realised,” said de Juniac.

Jordan is in the process of drafting new consumer protection regulations. Throughout this process they have fully engaged with IATA to ensure that the new legislation meets the Smarter Regulation objectives such as sufficient consultation and cost benefit analysis, and follows principals laid down by ICAO, of which they are a member.

“There has been a proliferation of disparate consumer protection regulations in the region that do not meet Smarter Regulation objectives. Jordan has the opportunity to reverse this trend. Consumers are best served with clear, simple and harmonised regulations aligned with global standards and best practices as defined by ICAO,” said de Juniac.