Passenger numbers at London City Airport up by 6.4 per cent in 2018

Passengers at London City airport reached a total of 4.87 million in 2018, a 6.4 per cent increase on the previous year. 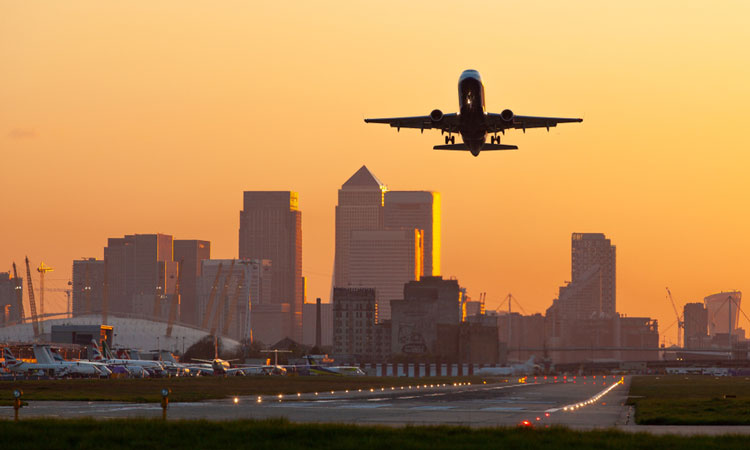 London City Airport has published its official annual passenger figures for 2018, showing that the number of passengers using London’s most central airport during the year totalled a record-breaking 4,800,190.

The volume of annual passengers comprises both arriving and departing customers – and is the highest ever recorded for the 31-year old airport, located in the fast-growing Royal Docks area of London. It represents a 6.4 per cent increase in passengers year-on-year, compared to the 4,511,107 passengers in 2017. The number of annual flights in 2018 totalled 75,271 air traffic movements, slightly fewer than in 2017 with the passenger growth being achieved through larger aircraft and higher load factors.

The busiest month was July, when 471,519 customers travelled – reflecting how an increase in leisure routes from London City is diversifying the mix of passengers beyond business travel. Leisure passengers, which include tourists using the airport as the most convenient gateway to visit the capital, now make up around half of all passengers. The most popular outbound leisure destinations in 2018 were Florence, Ibiza, Malaga and Mallorca with city breaks to Berlin and Lisbon also in the top 20.

The most popular routes overall were Amsterdam (621,803 passengers), Edinburgh (494,776) and Dublin (480,890) with notable year-on-year increases for the Belfast City route operated by Flybe (up 52.5 per cent) and Milan Linate (up 46.5 per cent) operated by British Airways and Alitalia.

Strategic decisions by airline partners helped deliver the passenger growth, alongside airport investment in technology to maintain the speed and slick passenger experience that users of London City have grown to love. British Airways’ subsidiary, BA CityFlyer, was a notable driver of 2018 growth, adding 10 per cent more flights during the course of the year, including the start of Rome Fiumicino operations, solidifying its status as the airport’s largest airline partner.

In 2018 TAP Air Portugal added a new service to Porto, Aer Lingus also began operating on the popular Dublin route, creating easy North American links via its extensive route network. Combined with the frequent daily flights to the major hub airports of Amsterdam with KLM and Frankfurt with Lufthansa, London City is becoming a convenient choice for passengers travelling to or from long haul destinations around the world.

The airport is also encouraging airlines to invest in new generation, more fuel efficient and quieter aircraft like the A220-100 currently flown by SWISS. During 2018, successful trials were held for the new Embraer E2-190.

Robert Sinclair, CEO of London City Airport, said: “In what was a remarkable year for London City Airport, we have seen demand reach a new peak, our airlines invest in new services, and passenger satisfaction increase. It’s proof that the fundamentals of London City – speed, convenience, connectivity and excellent customer service from the heart of London – remain very strong. As we take forward a transformative £500 million development programme, which will be complete in 2022, London City Airport can play a much bigger role supporting this thriving international city, connecting London with established and emerging markets and serving a broader range of both leisure and business passengers.”

The growth in 2018 is anticipated to continue in 2019, based on upcoming investments by airlines in brand new destinations and fleet increases. Two new services began on the 7 January with Eastern Airways now operating a Newcastle service for Flybe, and LOT Polish Airlines starting operations at London City for the first time with a Warsaw route. This will be joined by a Budapest service on 19 February 2019 and a Vilnius service on 1 May 2019, utilising four new Embraer 190 aircraft that the Polish flag carrier has acquired, to European cities never-before-served from London City.

British Airways will also add four additional Embraer 190 aircraft in 2019, as part of a wider investment by BA CityFlyer in its London City base. These aircraft will add nearly 20 per cent more seats from London City Airport in 2019 and enable the launch of new destinations, including Munich from 16th February and Split in Croatia from 21 June.

London’s population is set to reach 9.54 million by 2026, according to Office for National Statistics, with London City on the doorstep of the fastest-growing areas in terms of homes, jobs, office space and population. The GLA also estimates that by 2025, London will attract 40.4 million international and domestic visitors per annum.

To respond to increasing demand London City Airport is investing for the long-term. A £500 million transformation of the airport is underway, which once complete in 2022, will mean London City Airport is able to accommodate a further two million passengers a year and over 30,000 additional flights. The new infrastructure includes a new terminal four-times the size of the existing facilities, eight new aircraft stands, and a parallel taxiway, to improve the efficiency of the runway. The new terminal design will reflect 21st century London, supported by new shops, restaurants, bars and experiences which are synonymous with the creativity,energy and diversity of the capital.

Later in 2019 London City Airport will launch a new brand identity, reflective of its strong commitment to London, growing catchment area and diversifying passenger base, and begin testing a new digital air traffic control tower, a global first for an airport of its scale, ahead of introduction in 2020.

One response to “Passenger numbers at London City Airport up by 6.4 per cent in 2018”