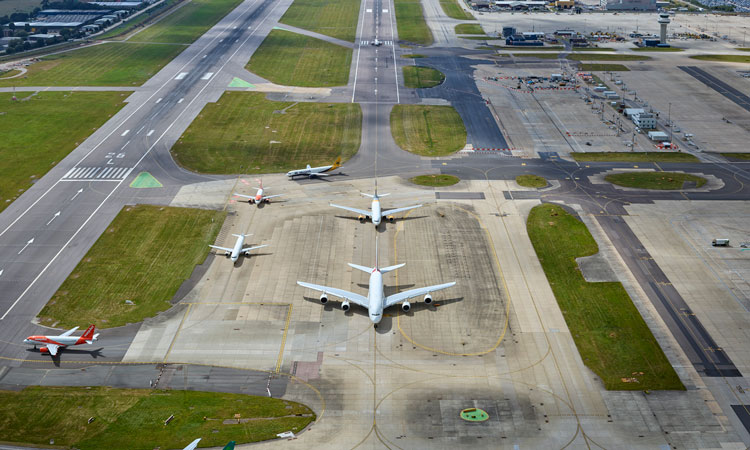 Planes were unable to take off and a number of flights scheduled to land were diverted to other airports, Gatwick said, with the plans of at least 20,000 passengers already affected and thousands more facing disruption on Thursday and Friday.

Over 100,000 passengers a day fly to and from Gatwick Airport each day.

Gatwick’s Chief Operating Officer, Chris Woodroofe, said police were looking for the operator of the drone.

“We also have the helicopter up in the air but the police advice is that it would be dangerous to seek to shoot the drone down because of what may happen to the stray bullets,” he told BBC radio.

Gatwick apologised on Twitter to affected passengers, adding that safety was its “foremost priority”.

“My advice to those passengers who are travelling today and tomorrow is to check their airlines’ websites before they travel to the airport,” said Woodroofe.

He warned that the knock-on effects on flights in terms of delays and cancellations would be felt for at least the next 24 hours.

An increase in near collisions by unmanned aircraft and commercial jets has fuelled safety concerns in the aviation industry in recent years.

In Britain, the number of near misses between private drones and aircraft more than tripled between 2015 and 2017, with 92 incidents recorded last year, according to the UK Airprox Board.

There were multiple reports of drone sightings since the initial report of two drones at 21:03 GMT on Wednesday 19 December, Gatwick said. The airport said it required police reassurance before reopening the runway, which it briefly appeared to do around 03:00 GMT, before drones were spotted again.

“Police at Gatwick airport are continuing to assist airport security teams following a number of reports and sightings of drones in the vicinity of the airfield overnight on Wednesday and Thursday,” Sussex Police said in a statement.

Commenting on the closure of London Gatwick Airport, Chief Executive of the Airport Operators Association, Karen Dee said: “While the closure of Gatwick Airport caused by a drone operating illegally near the airfield is ongoing, staff at Gatwick are working hard to resolve this situation with the police and are supporting the passengers currently at the airport.

“At moments like this, we work together as an industry to put the passengers’ safety first. Airports across the UK are supporting Gatwick by taking diverted aircraft and helping passengers who were due to fly to Gatwick today.

“We urge passengers to check with their airline before travelling to their airport if they were due to fly to or from Gatwick today.

“As this incident shows, drones can cause major disruption to passengers, who were looking forward to well-deserved Christmas breaks, as well as major financial damage to the UK economy. That is why flying a drone near an airfield or endangering aircraft with a drone is a criminal offence with penalties of up to five years in jail.”