Since the instillation of the solar panels, they have saved the equivalent amount of emissions to not driving 2400 million miles. 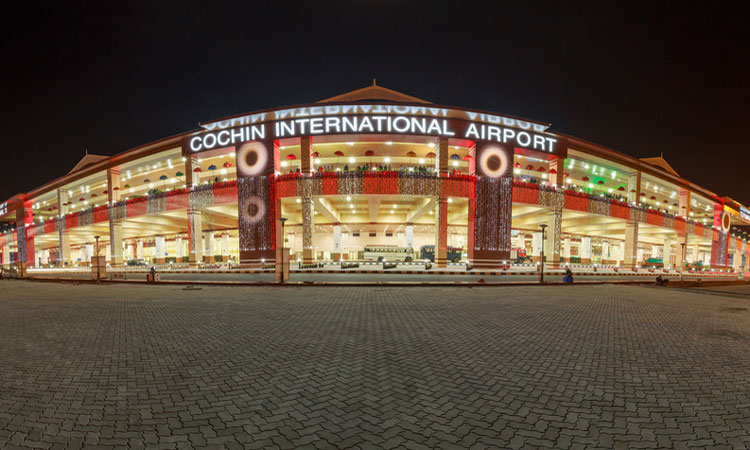 Cochin International Airport Limited (CIAL) has been selected for the 2018 Champions of the Earth prize, the highest environmental honour instituted by the United Nations (UN). CIAL is honoured for its successful execution of one of the revolutionary ideas of using solar energy which made Cochin Airport a first in the world fully powered by it.

A communiqué signed by Erik Solheim, the UN’s Global Chief of Environment and Executive Director, UNEP, sent to V.J.Kurian, Managing Director, CIAL stated that “this is the United Nation’s highest environmental accolade and reflects your leadership in the use of sustainable energy.”

The communiqué further adds “Previous Champion laureates range from world leaders to inspiring scientists – all visionaries who drive the world closer to its aspiration of environmental sustainability and a life of dignity for all. As the world’s first fully solar powered airport, you set an ambitious example that we hope many others will follow.” The award was presented at a gala ceremony on the sidelines of the General Assembly in New York on 26th September 2018.

A UN team led by Erik Solheim had visited Cochin Airport to know about  its solar initiatives and held discussions with authorities including Chief Minister Pinarayi Vijayan who is also the Chairman of the company.

During his visit, Solheim had revealed to the media that the UN was intended to endorse Cochin Airport officially as the world’s first airport fully powered by solar energy.

The UN established the Champions of the Earth award in 2005 to recognise outstanding environmental leaders from the public and private sectors, and from civil society. There are four categories; wherein the CIAL was chosen for ‘Action and Inspiration’ which recognises individuals or organisations that have taken bold environmental action, and, in doing so, inspired others to follow in their footsteps.

CIAL, the company which owns and operates the country’s first airport built under Public Private Partnership mode became power-neutral on 18th August 2015 with the commissioning of its 12 MWp solar power plant. 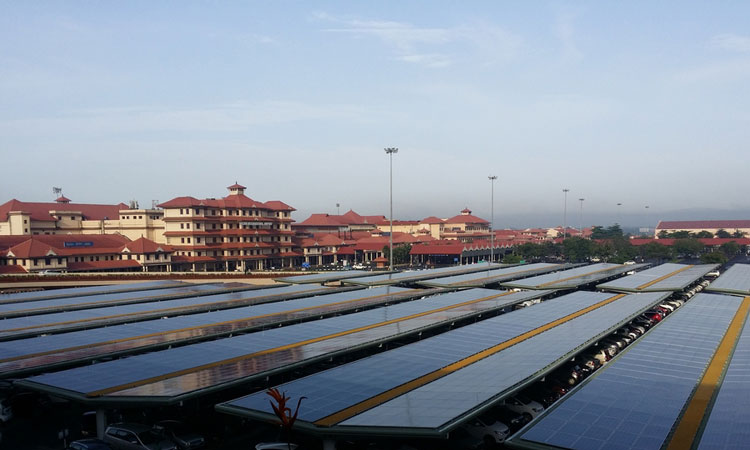 It scaled up the installed capacity to 30 MWp by April 2018. Kurian, who pioneered the idea has said that the UN recognition would transcend CIAL’s green ideas to a global audience.

Kurian said: “We showed the world that big infrastructure projects can be put into operation fully using alternative energy sources. By September 2018, the solar capacity at CIAL will be increased to 40 MWp, with a power potential of 60 million units per annum and resulting in a cost saving of approximately Rs.40 Crore per annum to the airport. This will also avoid CO2 emissions by more than 9 lakh metric tonnes over the next 25 years, which is equivalent to planting 90 lakh trees or not driving 2,400 million miles.”

In order to ensure optimum land utilisation, CIAL has successfully implemented organic farming of vegetables in areas between solar panels. The airport stands at fourth in the country in terms of international traffic and seventh in total traffic, and has handled 10 million passengers in 2017-18.

The United Nations Environment Programme is happy to recognise Cochin International Airport Ltd (CIAL) as the world’s first fully solar energy-powered airport. Solheim said: “I really want to go around the world and speak about the success story (of CIAL). If an airport in Kerala can run on solar power, why can’t we do that in terminals in other countries?”

Solheim said solar energy reduces pollution and can compete with coal-powered power plants in terms of expenses. The price of solar energy was cheaper, much better for the environment and the planet.

Solheim continued and said that Kerala has long been a leader in human development and he was excited to be visiting the state and learning more about environmental innovation.

He stated: “Many countries in the world have much to learn from the state’s experiences with the first fully solar powered airport in the world, a clear example that being environmentally-friendly is now a conscious business decision for many. We are really glad to see the interest of the UN in CIAL’s green initiatives. The UN recognition will definitely give us inspiration and perseverance. The sustainability of the project is important. We have to take up more similar projects to sustain the airport in being power-neutral, through the effective utilisation of alternative sources.”