In a world airport first, Heathrow Airport has announced that the first electric-hybrid aircraft to be put into regular service at the UK’s international hub will not have to pay Heathrow’s landing charges for an entire year. 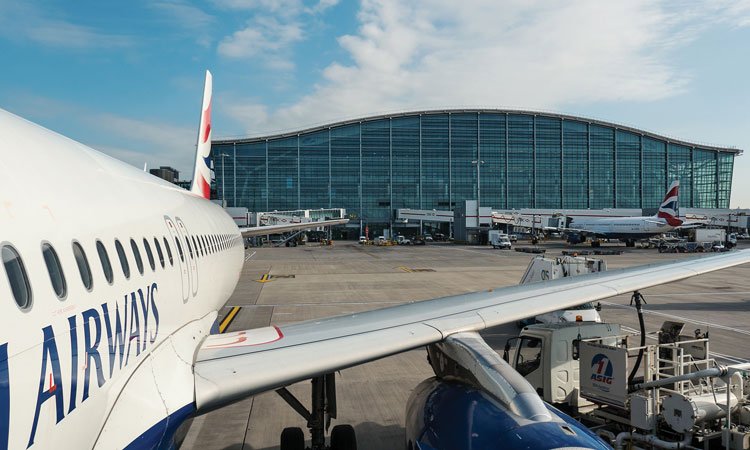 In celebration of Green GB Week and inspired by the first flight short electric-powered flight carrying two passengers at Oslo Airport earlier this year, Heathrow is looking to leverage its role as one of the world’s leading airports to drive sustainable change across the industry.

At the BusinessGreen Leaders’ Summit in London today, Heathrow’s Chief Executive John Holland-Kaye will launch a grand innovation incentive, valued at nearly £1 million. There are already more than 100 electric aircraft projects underway across the world and current industry thinking suggests electric aircraft could touch down at major international airports by 2030. Innovators are facing two main hurdles though – the cost of development and current demand. This prize has been designed to incentivise airlines to invest in electric technology, helping to increase demand and speed up the arrival of zero-emissions flights at the UK’s biggest airport.

Electric aircraft could be much quieter, cleaner and more efficient than today’s fleet. With global air passengers expected to double by 2035, these changes will play a critical role in driving a sustainable future for the aviation sector and will support goals outlined in Heathrow’s own sustainability strategy – Heathrow 2.0. The airport currently incentivises airlines to bring their greenest fleet to Heathrow through the use of environmental charges, and will continue to work with airlines to develop these incentives in the future.

The prize comes alongside Heathrow’s existing plans to decarbonise the industry and pursue clean growth, including the quarterly “Fly Quiet and Green” league table which tracks airline performance on noise and emissions targets, and a partnership with Virgin Atlantic and LanzaTech to further the take-up of more sustainable biofuels.

Heathrow Airport’s Chief Executive, John Holland-Kaye, said: “Heathrow has long been a leader in sustainable aviation. We championed carbon neutral growth in global aviation, which will come into effect in 2020. The next frontier is zero carbon flying, and I hope this prize will help to make it a reality at Heathrow by 2030.”

Airbus Chief Technology Officer, Grazia Vittadini, commented: “With air traffic projected to double every 15 years, it is our duty as an industry to find solutions that ensure sustainable growth with minimal environmental impact. At Airbus, this is our driving force for developing electric and hybrid-electric propulsion technologies. We commend Heathrow Airport’s initiative to jump-start the adoption of hybrid-electric technologies with the launch of the Grand Innovation Prize!”

easyJet CEO, Johan Lundgren, said: “With Heathrow’s announcement today, it is clear they share easyJet’s ambition for a more sustainable aviation industry. We support airports who are encouraging airlines to operate the most sustainable aircraft and welcome this initiative from Heathrow Airport. We already operate the newest generation Airbus Neo aircraft and are partnering with US firm Wright Electric who has the ambitious target of designing an all electric commercial aircraft in the next decade. We firmly believe it is not if, but when, electric commercial aircraft become a reality.”

Additionally, Aviation Minister, Liz Sugg, said:  “The Government is committed to cutting carbon emissions and promoting new environmentally-friendly fuels in transport, including in the aviation industry. Heathrow’s initiative is an innovative programme which will encourage airlines to invest in electric-hybrid aircraft. Our Aviation Strategy will also consider further ways to support the development of cleaner, greener technology in the sector.”

This news follows a commitment made earlier this month to restore UK peatlands. This pilot project will help to offset the airport’s own carbon emissions as part of Heathrow 2.0. Working with the Lancashire Wildlife Trust and DEFRA, Heathrow’s first restoration priority will be Little Woolden Moss, part of Chat Moss which is a larger area of peat bog land, west of Manchester. With all of Heathrow’s terminals running on 100% renewable electricity since April 2017 and ongoing upgrades to electrify the airport’s own vehicles, Heathrow is already nearly 60% towards its zero-carbon goal for airport infrastructure.

In the next few months, Heathrow will be publishing its carbon neutral growth roadmap, setting out how the airport can deliver its aspiration for growth from a third runway to be carbon neutral. Heathrow is already working towards operating carbon neutral airport infrastructure by 2020, a key step towards being zero carbon by 2050, and is also reducing carbon in its supply chain.