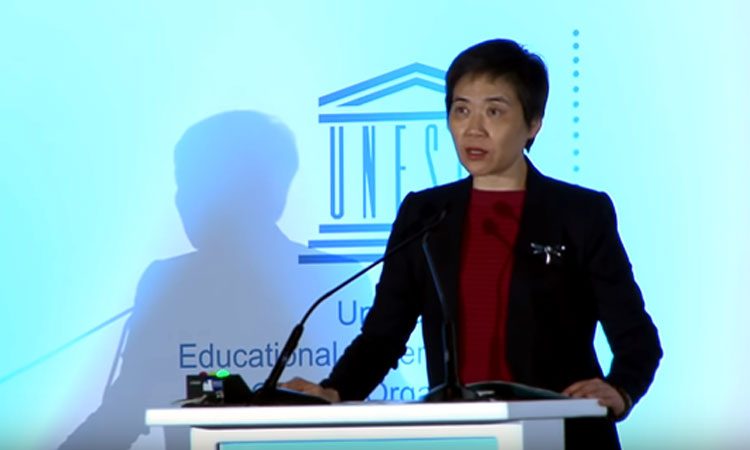 South Africa’s Civil Aviation Authority (SACAA) was supported by the Government of the Republic of South Africa through its Department of Transport, and the event was jointly opened and closed by ICAO Secretary General Dr. Fang Liu, and by the Honourable Deputy Minister of Transport for South Africa, Ms. Sindisiwe Chikung.

Representing member states and the entire range of air transport sector operations, and bringing perspectives and insights from a range of civil society and United Nations agencies with strong gender equity mandates, the event’s participants heard from a series of leaders on why the #TimeIsNow for concrete actions and commitments for gender equality in global aviation.

Dr. Liu, in her keynote opening address said: “As a woman who has spent virtually her entire career in the service of international civil aviation, this is truly an exciting moment for me. Aviation already contributes greatly to peace, prosperity and sustainable development, all over the world, but it can do even more for our society, and especially for women.”

Highlighting the vast global scope and forecast growth of worldwide air transport operations, Dr. Liu underscored that the optimal performance of the sector relies, at its core, on highly skilled, technical and managerial professionals. In order to meet its future needs, air transport “must first become a better example of gender equality in action, and address head-on why women are still underrepresented in the majority of the technical and executive positions in aviation,” she noted.

She continued: “While the current imbalance may be a challenge to those of us already serving as professionals in this sector, it is also an important opportunity for the next generations of girls now completing their studies and entering the workforce.”

ICAO and South Africa designed the Global Aviation Gender Summit to analyse the issue through both behavioural and socio-economic lenses, with special focus on the importance of diversity, inclusiveness, and the positive impacts expected in terms of organisational effectiveness and success.

Dr. Liu commented that the participants’ work should align with and support the global efforts underway in achieving the 2030 Sustainable Development Agenda, and in particular, SDG5 on Gender, stressing as well that “we especially must not lose sight of the key role to be played in all of these efforts by reliable, disaggregated data on gender, whether for trend analysis, workforce planning, or related needs.”

The ICAO Secretary General concluded her remarks by recognising that it was “critical to our longer-term success that our agreed approaches advocate among both governments and the private sector,” and that in each case “the need for strong commitments and leadership, at the highest levels, must be consistently underscored.”

The event concluded with participants establishing a road-map of action aimed at accelerating gender equality and the advancement of women and girls. A communiqué in this regard was subsequently issued and read out to the event by the Deputy Minister of Transport, Ms. Sindisiwe Chikung.

During her address the Summit, which took place 8 to 10 August 2018, Dr. Fang Liu, also held a bilateral meeting with the Minister of Transport of South Africa, Dr. Bonginkosi Emmanuel Nzimande, focusing on the sustainable development benefits of aviation growth to both the state and the region.

Dr. Liu underscored to the Minister how ICAO-compliant air connectivity serves as a catalyst for sustainable development and the achievement of 15 of the 17 United Nations Agenda 2030 Sustainable Development Goals.

Recognising that the South African civil aviation industry is at an advanced level compared to some other African States, the Secretary General also highlighted the importance of the opportunity it has to be an aviation leader in the region, and support other African States in training and capacity building, as well as advocate advocacy gender equality in aviation. The Minister acknowledged the relevance of Dr. Liu’s points, and expressed his thanks to ICAO for its role in encouraging and enabling the sustainable development of aviation throughout Africa.

Dr. Liu was also informed by the Minister that South Africa had now joined the Single African Air Transport Market (SAATM), and that it would seek to play a regional leadership role in fostering the growth enabled by liberalisation through the enhancement of aviation training provisions.