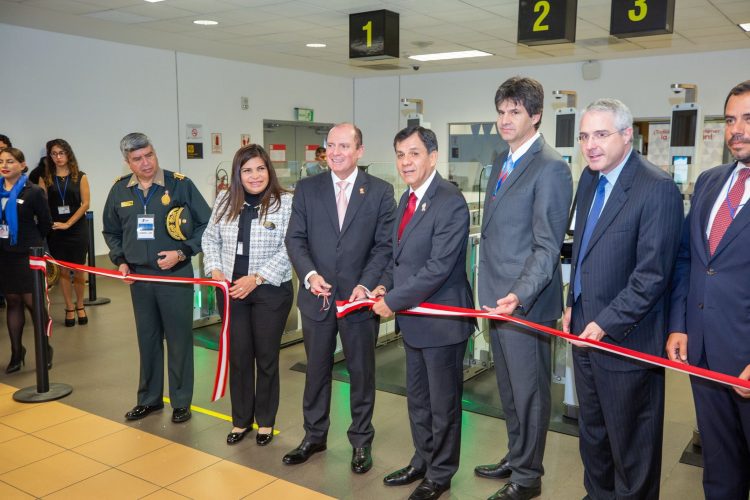 Peru’s Minister of Interior, Mauro Medina, and the National Superintendent of Migrations, Eduardo Sevilla Echevarría, were on hand at Lima´s Jorge Chávez International Airport (LIM) last week for a ceremony to officially announce the expansion of the VisionBox Automated Immigration Control Platform for arriving and departing passengers. Also present for the ceremony were Juan Jose Salmón, La Paz Airport CEO, and IATA representative Ramon Jiménez, both of whom closely collaborated with the project.

Superintendencia Nacional de Migraciones (Migration Authority) of Perú, Lima Airport and Vision-Box™ have closely cooperated in redesigning the airports’ border management and passenger clearance model for the past few years. The first stage of the new border control solution was completed in 2016 with the deployment of an integrated monitoring and control platform. It included opening six innovative Automated Border Control eGates offering robust self-service biometric and ePassport checks.

Since then, passengers have benefited from an enhanced experience, clearing the border in just a few seconds. Proving its performance in increasing passenger processing capacity, the solution has now expanded to accommodate the pronounced growth of passenger numbers.

Since last week, passengers have an additional twelve eGates to self-process through the border. Peruvian authorities, in turn, have now achieved an even greater capacity to process passengers with an extended agile, efficient, and secure immigration infrastructure, in line with modern international biometric identification standards and passenger experience trends. 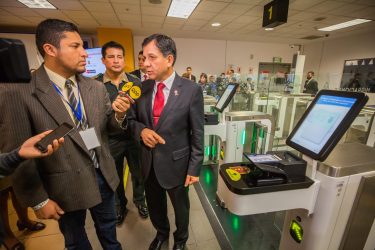 Peruvian officials stated at the opening ceremony that this important milestone in border digital transformation will assist airport authorities to meet the needs of the 30 million annual passengers projected to pass through LIM by 2021, and with the expected influx of thousands of daily travelers for the 2019 Pan-American Games.

This modern platform, with its active connection to national police, Interpol, and judiciary databases, forms a powerful information network free from manipulation risks.

In fact, the system currently includes the Advance Passenger Information System (APIS), with Passenger Name Record (PNR) information to be added soon. This combination will form a potent security suite that puts LIM on the forefront of the world’s most advanced airports.

This project is a significant achievement for Vision-Box and its commitment to build better seamless travel and identification frameworks serving governments, citizens and communities in Latin America that now includes Brazil, Uruguay, Argentina, Colombia, and Peru, among others. 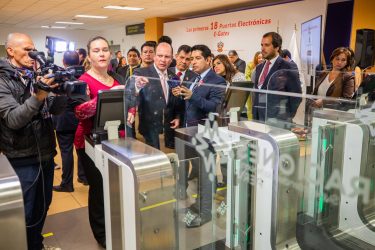 SEA Milan adapts operations and investments in wake of COVID-19