Ending 50 years of debate: Heathrow expansion gets go ahead after decisive vote

Though the battle may have been won, murmurs of a legal challenge may yet stop the plan in its tracks. 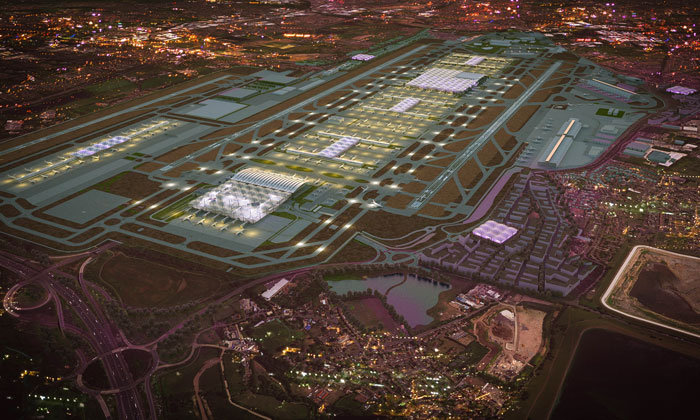 BIGGEST DECISION IN A GENERATION: The proposal would cost around £14 billion

Members of Parliament in the UK have voted in favour of expanding Heathrow Airport, a decision that brings to an end 50 years of debate according to the London hub’s CEO.

The vote last night saw 415 votes for the Government’s motion to 119 against, a majority of 296 and 63 per cent of MPs as opposed to 18 per cent. The passing of the motion was aided by the bulk of voting Labour members choosing to support the £14 billion project, in spite of their party’s policy, with 119 ayes to 96 noes. There were just eight rebels in the Conservative Party. These included several high-profile included names such as Justine Greening, Theresa Villiers, Zac Goldsmith and Greg Hands. Boris Johnson was notoriously absent for the vote.

Work now seems clear to get underway at Heathrow and it is expected that within the next 12 months alone, it will sign £150m in contracts with British businesses, creating 900 new jobs and 200 new apprenticeships.

Heathrow CEO John Holland-Kaye said: “Parliament has ended 50 years of debate by deciding that Heathrow expansion will go ahead. This vote will see us deliver more jobs, create a lasting legacy of skills for future generations and guarantee expansion is delivered responsibly. We are grateful that MPs have made the right choice for Britain and today we start work to create the best connected hub airport in the world.”

Over the coming days, the Secretary of State for Transport is expected to designate the final Airports National Policy Statement approved by Parliament. This will set the policy framework for Heathrow’s northwest runway development consent application.

The airport is currently preparing to hold a second public consultation on its plans before submitting a development consent order application to the Planning Inspectorate, kick-starting an approval process expected to take 18 months.

Chief Executive of the Airport Operators Association (AOA), Karen Dee said: “A global Britain requires connectivity to both established and emerging markets right across the country and thus needs both world-class hub and point-to-point capacity. Parliament has today recognised the importance of aviation connectivity and its approval of the Airports NPS for a north-west runway at Heathrow is an important step towards delivering that connectivity.

“It is now vital that the Government delivers an Aviation Strategy which sets out a clear and positive framework for aviation growth across the UK.”

However, the critics of the plan have remained vocal, with some, including Greenpeace and the Mayor of London Sadiq Khan, preparing to mount a legal challenge.

“Both Heathrow and the Government have distorted the evidence about the impacts of expansion in order to get this scheme though parliament,” read a statement from the Aviation Environment Federation (AEF).

“The truth is that Heathrow has no power to deliver its promises of benefits for the regions, while the Government’s own figures show passenger growth falling at almost every other airport if Heathrow expands.

“There are plenty of obstacles still to overcome. We are expecting several judicial reviews to be launched, so it will be for the courts to decide whether or not the claims made in the National Policy Statement stand up to scrutiny.

“Does the Government have good grounds for claiming that expansion won’t breach air quality law? Is it fair for people who believed earlier promises from the airport that there would be no third runway to now have to deal with the extra noise that expansion will cause? Can the Government justify giving the go-ahead to carbon intensive infrastructure in the absence of any policy on how to square this with climate change legislation?”