Airbus mulls pulling out of UK amidst Brexit uncertainty

Aeronautical firm Airbus has said that a no-deal Brexit scenario would lead to it ‘reconsidering’ its investment in the UK, potentially costing 14,000 jobs and affecting many more. 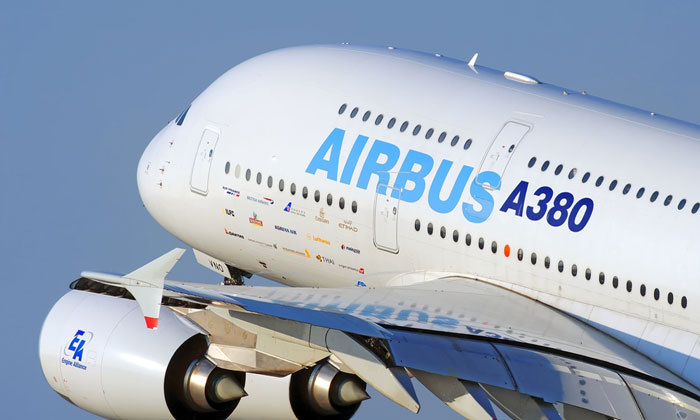 BIG KNOCK: The Airbus A380 is the tenth most popular commercial aircraft in the world

The planemaker published yesterday a risk assessment outlining the threat the prospect of the UK leaving the European Union without a withdrawal agreement posed to its business.

It said that it would be forced to reconsider its investments in the UK, and its long-term footprint in the country, “severely undermining UK efforts to keep a competitive and innovative aerospace industry, developing high value jobs and competences”.

“Therefore, immediate mitigation measures would need to be accelerated. While Airbus understands that the political process must go on, as a responsible business we require immediate details on the pragmatic steps that should be taken to operate competitively.

“Without these, Airbus believes that the impacts on our UK operations could be significant. We have sought to highlight our concerns over the past 12 months, without success.

“Far from Project Fear, this is a dawning reality for Airbus. Put simply, a no-deal scenario directly threatens Airbus’ future in the UK.”

Quoted on BBC News, a spokesperson for the UK Government said: “We have made significant progress towards agreeing a deep and special partnership with the EU to ensure trade remains as free and frictionless as possible, including in the aerospace sector, and we’re confident of getting a good deal that is mutually beneficial.

“Given the good progress that we are continuing to make in the negotiations, we do not expect a no-deal scenario to arise.”

Airbus’ assessment concluded that the planned transition period, ending December 2020, was too short for the EU and UK Governments to agree on the outstanding issues, and too short for Airbus to implement the required changes with its extensive supply chain. In this scenario, Airbus said it would carefully monitor any new investments in the UK and refrain from extending the UK suppliers/partners base.