New research has revealed that 16 per cent of Britons think that there is no need for airport security, citing ‘saving time’ as the main reason for getting rid of it. 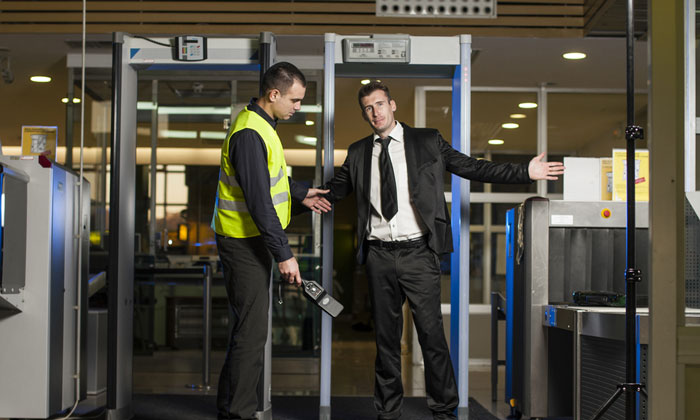 STOP AND SEARCH: Flyers said security had made them late for flights

In a new study undertaken to determine British travellers’ opinions on airport security, one in seven Britons admitted they would prefer not to have it. What’s more, the majority of those polled said that they’d had a negative experience when going through security.

The poll was undertaken by the flight comparison site www.jetcost.co.uk, as part of an ongoing study into the travel habits of Britons. 2,342 Britons were polled, all of whom were at least 18 years old and had been on holiday abroad in the last 12 months.

Keen to learn more about British travellers’ feelings on airport security, all participants were asked if they had ever had a negative experience whilst going through security, with 73 per cent admitting that they had.

When relevant respondents were asked what their negative experience of airport security was, the majority (81 per cent) answered that they had been made late for a flight, 59 per cent said they had been the subject of undue suspicion and 6 per cent had actually missed their flight.

A spokesman for www.jetcost.co.uk said: “I’m sure that most travellers whilst going through airport security have lamented about the amount of time it takes at some point, but it was very surprising to see that some respondents actually feel there is no need for security at all.

“Whilst it can be a tad frustrating waiting in a queue to pass through security, the safety of passengers must be paramount. The security staff do a great job to keep us all safe, and if you arrive to the airport in good time, you should never end up in a position where you are liable to miss a flight.”