The Indian Prime Minister has ‘laid’ the foundation stone on a new airport in Deoghar, a city home to one of the country’s most significant religious sites. 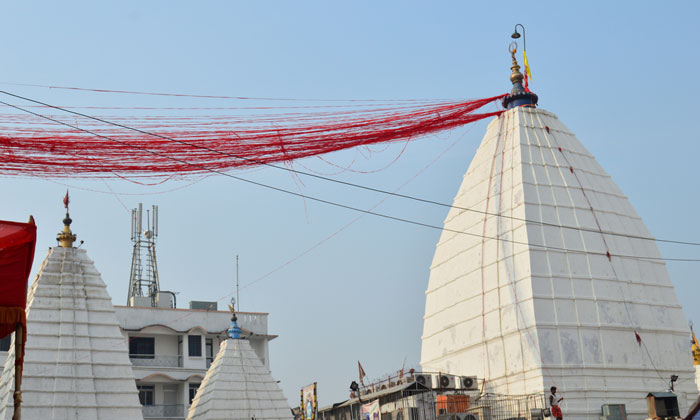 GREATER ACCESS: The Baidyanath Temple - one of the most significant religious sites in India

Work on the airport in Jharkhand, North East India, was officially begun on May 25 with a ceremony attended by the Governor of the region, Droupadi Murmu, its Chief Minister Raghubar Das and India’s Minister for Power and Renewable Energy, Ashwini Kumar.

Prime Minister Narendra Modi was video-linked into proceedings from an event in Sindri, around 70 kilometres south of the build site.

Deoghar Airport is being developed by the Airports Authority of India, in collaboration with the Defence Research and Development Organization (DRDO) and the Govt. of Jharkhand at an estimated cost of Rs.4 billion (US$60 million).

Deoghar – the gateway to Jahrkhand’s Santhal Pargana region, is a predominantly a religious tourist destination famous for Baba Baidyanath Dham, one of the 12 Jyotirlingas (temples to Shiva) and one of the 51 Shaktipeeths (pilgrimage destinations) of India.

It is hoped the airport development project will give drive up to local tourism and generate employment as large part of the local population depends on tourism for its livelihood.

The new airport will spread across over 600 acres of land and its terminal building will be built in an area of 4000m2.

The building will be a composite structure inspired by the shikharas of the Baidyanath Temple. With a 2500-metre-long runway, the airport will be able to accommodate two AB-320 type aircraft.

The terminal building will have six check-in counters and two arrival belts with peak hour handling capacity of 200 passengers. It will have an
environment-friendly architectural design and its interiors will depict local tribal arts, handicrafts, Madhubani artwork and pictures of local tourist destinations highlighting the culture of the region.

Deoghar Airport, the second airport in Jharkhand after Ranchi, a six hour drive away, is situated on the North Eastern side of the state and will have a wide catchment area including Northern West Bengal and South-Eastern Bihar.

In addition, under the Government of India’s Regional Connectivity Scheme (UDAN), more airports in Jharkhand like Bokaro, Dhalbhumgarh and Dumka are likely to be connected with air network, resulting in economic development of the state of Jharkhand.