The Turnbull and Berejiklian governments and eight Western Sydney councils have today agreed on a “landmark” Western Sydney City Deal two years after it was first put forward. 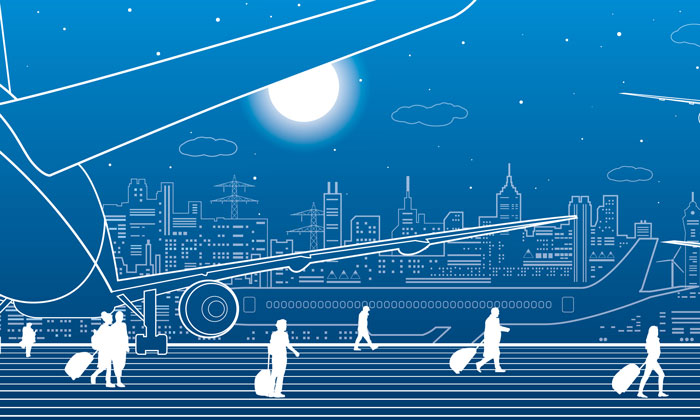 THE CENTRE OF THINGS: Aerotropolises put airports at the centre of their transportation infrastructure

The Government of Australia has announced the agreement of a coordinated plan to build a ‘world-class’ aerotropolis linked by rail to West Sydney Airport.

Prime Minister Malcolm Turnbull and Premier of New South Wales Gladys Berejiklian signed the deal at Werrington Park yesterday. Among the pledges outlined in the Western Sydney City Deal are the construction of a ‘world-class’ aerotropolis at Badgerys Creek, a small suburb of the city, and a North South rail link, covering around 15 kilometres, between the aerotropolis and the suburb of St Mary’s, via Western Sydney Airport which is currently under construction.

The Prime Minister said that this rail link would be up and running by the time the airport opens in 2026.

The Badgerys Creek Aerotropolis is a two-year-old project aimed at complimenting the Western Sydney Airport build which is set to have a capacity of 10 million flyers a year at opening.

“This will drive new investment and attract high value jobs to the region. Land owned by the Commonwealth at North Bringelly will form part of the Aerotropolis.

“To enable development of the Aerotropolis an Aerotropolis Development Authority will be established with NSW and Commonwealth representation on the board.”

Following speculation about access to the airport build, the two governments have agreed that they will construct the North South Rail Link as equal partners, each contributing 50 per cent of the funding.

The spokesman added: “Both governments will each commit $50 million for a business case on the full North South rail line to finalise a route and station locations, building on the evidence base of the joint Rail Needs Scoping Study, also released today. A market sounding process will test private sector interest in station developments and explore innovative financing solutions.

“The North South rail line will help shape Western Sydney’s growth and support thousands of new jobs and homes for Western Sydney. It delivers on our commitment to build the Western Parkland City into Sydney’s third economic centre, adding much-needed rail capacity that will improve access to employment, education and services, including at the new Badgerys Creek Aerotropolis.

“The NSW Government will also establish rapid bus services from the metropolitan centres of Penrith, Liverpool and Campbelltown to the Badgerys Creek Aerotropolis and to Western Sydney Airport before it opens.”