The Mayor of Phoenix and several local councilmen have applauded Phoenix Sky Harbor’s choices of proposals to fill retail and restaurant space in its refurbished terminal. 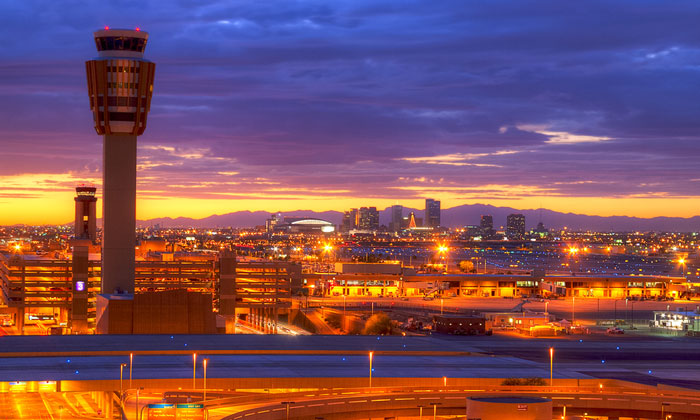 Phoenix Sky Harbor has announced the proposals it will recommend to fill new retail space opened by a modernisation project in its Terminal 3.

Host International Inc, a restaurateur that manages dozens of airport food concessions across the US and Canada, and SSP America Inc, whose offering includes Peet’s Coffee and Habitat’s Burger and Grill, represent the food and drink arm of the retail space while HG PHX T3 Retailers 2017 JV (Hudson) and Stellar Retail Group PHX, LLC represent the retail arm.

Terminal 3 is in the process of a three-part modernisation. The first component opened in December 2015. It expanded and consolidated security checkpoint to get passengers to their gates faster, expanded ticket counter areas as well as other amenities.  The second component is slated to open in late 2018/early 2019 and will provide an all new South Concourse with many of these new dining and retail options.

Construction will begin in the coming months with many new stores and restaurants opening at the same time as the new South Concourse, and the remaining opening in 2020 when renovations to the North Concourse are complete.

The announcement was made at a Phoenix City Council meeting last week.

Greg Stanton, Mayor of Phoenix, said: “Sky Harbor is the city’s largest and most important economic engine — and it’s a point of pride to showcase some of our best local concepts to the millions of travellers who pass through every year. The ongoing modernisation of Terminal 3 will only boost the world-class experience for passengers at Sky Harbor.”

Daniel Valenzuela, a Phoenix City Councilman and Chairman of the Downtown, Aviation, Economy and Innovation Subcommittee, added: “Today’s approval of the new food and beverage contracts for Terminal 3 demonstrate why Sky Harbor is the #1 airport for small businesses. Phoenix is committed to providing the highest quality of local dining options and nationally recognized retail stores. We will continue to partner with our local business partners to look for even more room for improvement at Sky Harbor.”