For 10 days next year, a consultation will open to gather public opinion on the proposed and controversial expansion at London Heathrow Airport. 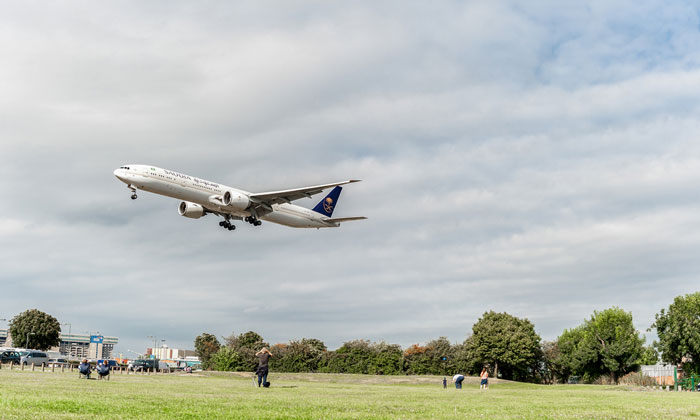 DIFFICULTY TAKING OFF: Noise levels have been used to argue against Heathrow's expansion

London Heathrow Airport has unveiled the details of public consultations into its expansion.

The planning consultation, the first in three years to be open to the public, will launch on January 17 and run until March 28.

According to the airport, it is aimed at giving local communities and stakeholders an in-depth opportunity to shape Heathrow’s expansion proposals.

It comes as the Department for Transport’s own public consultation comes to an end. The Government department reopened in October in the face of new evidence regarding the environmental impact of Heathrow’s third runway ambitions.

Emma Gilthorpe, Heathrow’s Executive Director Expansion, said: “Expanding Heathrow is pivotal to Britain’s future prosperity and it’s a chance to make the airport a better neighbour for our local communities.

“Over the past year, we’ve been working hard to evolve our expansion plans and have come up with several new options to deliver it more responsibly and affordably.

“Next January, we’ll be sharing these options in a 10-week public planning consultation and we want to hear what you think.

“By working together throughout the consultation, the public can help shape our plans and, jointly, we can ensure that expansion delivers for our passengers, businesses across Britain and importantly for our local communities.”

The elements of the airport’s plan up for scrutiny include options for the design of the expanded airport facilities, the reconfiguration of the M25, changes to local roads and rivers and use of nearby land for construction and other uses, as well as our approach to managing and reducing the effects of expansion on local communities and the environment.

.Heathrow will be holding a consultation exhibitions in local communities where people will be able to talk to members of the Heathrow team about the proposals. The details of the locations will be made available on the Heathrow website in the New Year. There are a number of ways to respond to the consultation – online, email, letter or by filling in a feedback form and sending it to us. Feedback from this consultation will be incorporated into detailed proposals, which will then form part of a second consultation to be held in 2019.