That difficult third runway: Heathrow’s expansion to go back to public consultation

Yesterday it was announced that the proposed expansion of Heathrow Airport would go back to public consultation with new reports about its possible impact on the environment. But with London’s airports quickly filling up, will this mean delays? 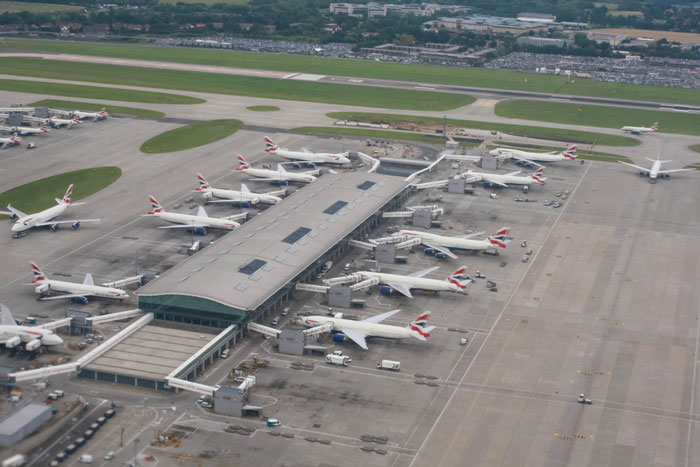 CONTROVERSY BEGETS CONTROVERSY: Plans for a third runway were first 'considered seriously' in 2001.

As one chapter closes, another opens in the continuing saga of Heathrow’s third runway. The latest sees the consultation brought back to the public by the Department for Transport, giving them will now have until December 19 to have their say.

The fresh consultation, six months on from closure of the first round in May, includes revisions to the 90-page Airports National Policy Statement detailing air quality and noise concerns.

However, these environmental drawbacks have not apparently blunted the Government’s zeal for the third runway, and they have kept in place their goal for presenting it to parliament to vote on at the beginning of next year.

Transport Secretary Chris Grayling said: “Airport expansion is one of the most important type of infrastructure project for the UK – both in boosting our economy and jobs and promoting us on the world stage.

“Leaving the EU is a new chapter for Britain and provides us with a great opportunity to forge a new role in the world. We are determined to seize that opportunity and having the right infrastructure in place will allow us to build a more global Britain.

“The case for expanding Heathrow is as strong as ever and we want to hear your views on it. This is an important consultation and I encourage everybody to get involved across the UK.”

The third runway plans were originally floated to tackle the capacity crisis on the horizon for the British capital. If forecasts are to be believed, London’s airports will be working with unsustainable traffic volumes by 2035.

Strengthening the argument for a third runway

The airport itself welcomed the fresh consultation. A spokesman said: “The consultation launched today is a key milestone in developing the Airports NPS which will strengthen the policy framework for expanding Heathrow. The forecasts show expanding Heathrow, the UK’s only hub airport, is even more important than previously realised. A third runway will ensure Britain’s place in the world as an outward looking trading nation. That’s why the Government has committed to a final vote on expansion in the first half of 2018.

“We remain on track to build an expanded Heathrow and deliver a once-in-a-generation boost for the economy in a way that is affordable, financeable and deliverable. We have already pledged to meet or exceed the conditions recommended by the Airports Commission to address impacts on local communities and the environment. Expansion will support our plan to make Heathrow a great place to live and work, doubling the number of apprenticeships at Heathrow to 10,000, with fewer people impacted by noise than today, and an ambition for carbon-neutral growth.

“Today’s consultation will be welcomed by business groups, trade unions and the majority of MPs who all recognise that expanding Heathrow is the only option to connect all of Britain to global growth.”

Under current plans, after an application is submitted in 2018, work will begin in 2021 for a fully operational runway by 2025.

Though the minister has made it clear the Government favours the expansion at Heathrow, they are not the only London Airport to throw their hat in the ring. The news was met with varying degrees of enthusiasm among its competitors.

In a statement issued today, Gatwick made it clear that its hat was still very much in the ring. A spokesman said: “Gatwick welcomes the consultation on the revised draft Airports National Policy Statement which includes updated noise analysis and air traffic forecasts, and a new air quality plan. We will look carefully at this new consultation material which is long and detailed.

“Gatwick is going from strength to strength as the world’s busiest single runway airport. In particular, we have seen a big increase in long haul flights at Gatwick over the last 12 months – including new services to Singapore, Buenos Aires and Taipei announced or commenced – as aviation continues to change fast.

“We continue to offer a credible privately-financed runway plan to the Government.”

The Department for Transport’s policy statement has different views. It said: “Expansion at Gatwick Airport would not enhance, and would consequently threaten, the UK’s global aviation hub status. Gatwick Airport would largely remain a point to point airport, attracting very few transfer passengers. Heathrow Airport would continue to be constrained, outcompeted by competitor hubs which lure away transfer passengers, further weakening the range and frequency of viable routes”

Glyn Jones, Chief Executive Officer of Stobart Aviation, owners of London Southend Airport said: “Today’s news yet again casts doubt on whether there will ever be a third runway at Heathrow.

“We seem to be stuck in an endless cycle of the big two airports exchanging statistics which is getting us nowhere closer to solving the UK’s urgent capacity crisis while passengers and UK business suffers. At London Southend Airport, we can offer a different and better way with the opportunity to scale up to 5 million passengers per year while offering them a great experience.  Passengers should be the focus and by better utilising smaller airports like London Southend, it means we can start helping them today”.

MPs will be voting blind

The plans have, unsurprisingly, attracted a fair amount of animosity on the part of environmental groups and those living underneath the flight path. Today, campaigners representing the Aircraft Noise 3 Villages (AN3V) group planted 700 red toy planes in parks, commons and greens in Surrey, each plane representing an additional daily flight.

Reacting to the launch, the Aviation Environment Federation’s Deputy Director Cait Hewitt said: “The scale of this reconsultation highlights that the Airports Commission work cannot be relied upon and the Government’s case for Heathrow expansion is unconvincing.

“Its difficult to see how this new information can avoid delaying the process, as MPs and the public will need time to understand how the new forecasts impact emissions, noise and the sustainability appraisal of the project. These address fundamental questions about the project’s viability and have been provided at a late stage in the process.

“We will need to study the detail of today’s publication to see if it helps to answer any of these questions. But we remain concerned that the Government still has no strategy to deal with aviation emissions. The Clean Growth Strategy published earlier this month proposed no measures for aviation, and the Government will not be consulting on this issue till later next year, after the vote on Heathrow. MPs will be voting blind if they’re asked to take such a significant decision without this plan in place.”