A report has found that 52,000 fewer households are impacted by noise at Heathrow Airport than they were 11 years ago. 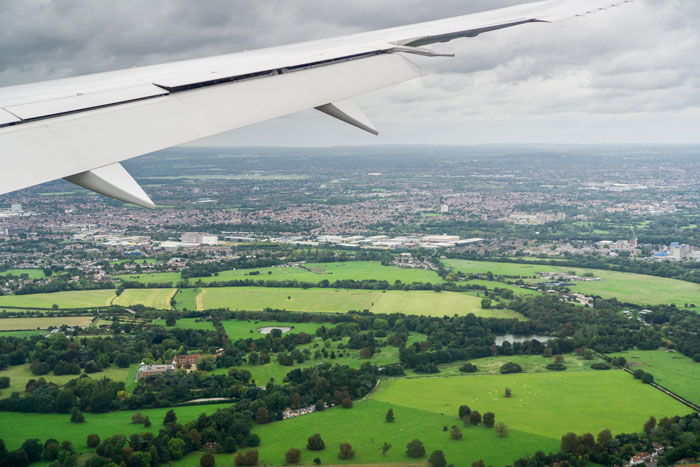 Independent analysis from the Civil Aviation Authority (CAA) commissioned by Heathrow, showed that the average noise contours, maps of the areas affected by noise of various volumes, continue to grow smaller.

The analysis, which has been undertaken regularly since 2006, forms part of the airport’s Noise Action Plan and a commitment to deliver more regular and transparent communications to local residents.

This year, in response to community requests, Heathrow has included new metrics in the analysis that look at overflight track density diagrams and single mode contours, making this the most comprehensive noise contour report ever published by the airport.

The independent report shows that over the past 11 years, the area around the airport affected by average noise measurements over the course of a 24 hour operating day, as measured using the preferred European measure of noise (Lden 55 dAB), has decreased by 15 per cent. This means 15 per cent fewer households within the area are impacted by noise. Had the population and households remained static during this period, there would be 21 per cent fewer homes affected by these noise levels.

Heathrow Sustainability Director Matt Gorman said: “Heathrow has some of the world’s toughest rules and regulations on noise, which have played a major role in driving developments in quieter aircraft technology. Over the past 30 years, we have managed to more than double our passenger numbers whilst decreasing our noise footprint to its smallest levels yet – this is testament to the efforts of Heathrow and our airline and manufacturing partners to reduce the impact of the operations.

“While we mark significant progress today with more airlines changing their operations in response to the Fly Quiet and Green league table, we also know that we need to continue to develop how we communicate on noise. This new ‘super report’ contains a range of new metrics that will better inform the next Noise Action Plan and give our local community a clearer picture of noise patterns around the airport and the opportunities to reduce noise further still.”

Commenting on the report, Andrew Haines, Chief Executive at the Civil Aviation Authority said: “Any reduction in the noise and environmental impacts caused by aviation is a positive step.

“On noise, the CAA’s analysis shows that the 55dB noise contour (Lden) area has reduced by 19% between 2006-2016 and we welcome these developments.  The progress made by all parts of the aviation industry, from manufacturers to airlines, airports to air navigation service providers, to focus on reducing the environmental impact of flying should be applauded.

“However, almost 700,000 people remain exposed to noise levels at or above 55 dB Lden.  We know more can be done. Aviation needs to be a good neighbour and local communities rightly want to see more action.  We want to see more operational and technological advancements leading to enhanced procedures and improvements that help reduce the noise impact further.

“The regulatory regime needs to be strengthened to offer incentives and ensure accountability around noise performance.”

While the positive developments of recent decades are to be welcomed, nobody can be allowed to rest on their laurels. There is still a great deal to do and huge potential for further progress. It is incumbent on all working in the industry to focus on this as a priority in the years to come.

This report was published at the same time as the latest quarterly ‘Fly Quiet and Green’ results, ranking the performance of 50 airlines on seven noise and emission metrics from July to September this year. The latest results show competition is heating up as airlines improve ‘track keeping’ – the ability to adhere to the Government-set departure noise preferential routes in the skies from Heathrow  – and bring, what the airport is now calling, their ‘greenest’ aircraft to the UK hub.

The new league table ranks Air India fleet as the quietest flying to Heathrow from July to September, up a highly impressive 41 places since the first league table ranking performance from January to March of this year. The airline’s fleet at Heathrow is made up almost exclusively of state-of-the-art, super-quiet Dreamliners. Oman Air’s performance has drastically improved, following engagement with Heathrow’s noise team on how to improve their operations. Oman have achieved a 98 per cent ‘track keeping’ record helping to boost their position 15 places since June this year. ‘Track keeping’ winners also include China Southern, up an impressive 17 places since June, and regional airline Flybe improving their position from 29th to 18th place.

Heathrow is also playing its part in helping to improve technology by increasing the amount the noisiest, oldest aircraft pay to land at the airport. This year, the airport has doubled the tariff attached to nitrogen oxide (NOx) emissions. This means environmental landing charges for airlines have doubled this year – from £8.57 per kg of NOx emitted to £16.51 per kg – providing another incentive to use cleaner aircraft. The noisiest planes will face a trebling in charges to £9,000 per landing.

One response to “Noise contours around Heathrow Airport shrink by 52,000 households”