An app used by Gatwick’s 10,000 employees to keep track of live events has scooped up a prestigious IT award – its third accolade this month. 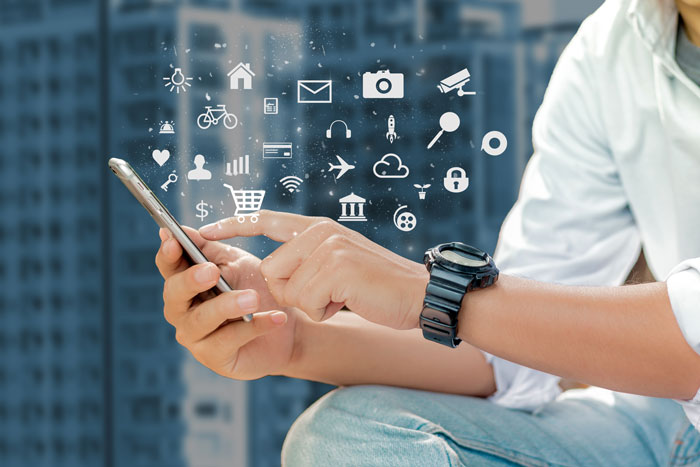 ON A SCROLL: This is the third award for Gatwick's Airport Community App this month.

Gatwick’s Airport Community App won ‘Business IT Innovation of the Year’ at the BCS – Chartered Institute for IT – awards, which are widely seen as the benchmark for outstanding performance throughout the UK IT industry.

The BCS judged it to have delivered the most measurable benefit for its business users and customers out of ten shortlisted finalists at the ceremony on Wednesday 15 November at Battersea Park Events Area.

Cathal Corcoran, Chief Information Officer, Gatwick Airport, said:“I would like to congratulate the airport’s talented and hardworking digital team for making these awards a reality.

“The Airport Community app has had a transformational impact across the airport campus, with the digital platform bringing all entities operating on the campus together, breaking down information silos and flattening hierarchy when it comes to real time data sharing and decision making. More than 200 companies and 10,000 users are now using the app at Gatwick.

“We worked closely with AirportLabs to develop this initiative as a multi-airport app and it is being used or trailed at 10 airports across the world already, creating a new industry trend.”

Gatwick devised the Community App concept with AirportLabs and it was launched at the airport last year.  The app gives the 10,000-strong workforce that currently use it easy access to real time information about airport issues on their smart phone.  Gatwick staff make up 25 per cent of current users at the airport, with the remaining 75 per cent working for other entities on the airport campus including airlines, ground handlers, retailers, tenants, police and immigration services.

The app also picked up ‘Best use of Mobile Technology’ and ‘Most Innovative use of Digital Technology’ for the South UK at this year’s Digital Entrepreneur Awards – the only ones that recognise entrepreneurial business practices that achieve online business excellence in the UK.

The awards come just weeks after Gatwick won one of the coveted ‘Special Awards’ – Digital In-house Team of the Year – at the Digital Impact Awards, with the ‘Community App’ also winning Best Corporate App.

Paul Fletcher, Group Chief Executive Officer of BCS, The Chartered Institute for IT said: “Congratulations to all the winners and those who were highly commended in the UK IT Industry 2017 Awards. They perfectly demonstrate how the UK can and does make the most of its talent, recognising the highest levels of excellence across today’s IT sector. The standard of applications we received this year was outstanding, showcasing some of the brightest and best in our industry.”

Ligiu A. Uiorean, Director, AirportLabs, said: “It was a great opportunity to have Gatwick as the first adopter of the Airport Community App and a great challenge to improve on what is already one of the world’s most efficient single runway operations. AirportLabs is an R&D company focused on making the aviation more efficient and we’re always in the search for airport and airline partners to spearhead the adoption of new technologies.”

A film explaining the “Community app” and its benefits can be viewed here.