Thirty years to the day since the first flight touched down on the tarmac at East London’s City Airport, an exhibition has been opened chronicling its history and significance, featuring CGI mock ups of its new development project. 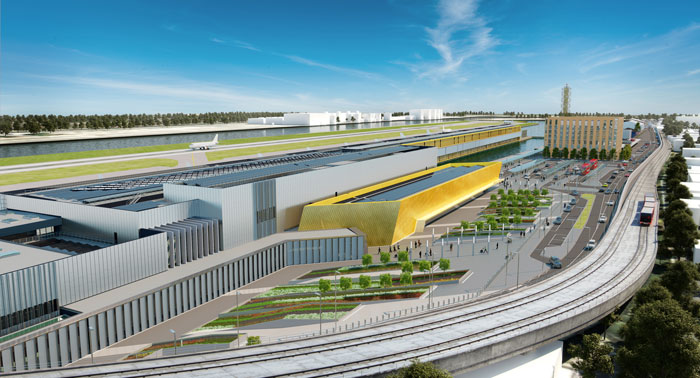 London City Airport has released a fresh batch of images revealing details of its £400m expansion. The artist’s impressions were produced by architects Pascall + Watson, the firm behind the project which is set to be completed in 2021.

They show the aircraft stands, an aerial view of how the airport will look as a whole and a shot of the approach together with its rail connection.

City, an airport built on the peninsula between the Royal Albert Dock and King George Dock, timed their release to coincide with the 30th anniversary of the first flight to touch down on its tarmac.

Declan Collier, Chief Executive Officer of London City Airport, said: “Over the past 30 years, London City Airport has become an intrinsic part of London’s transport system; growing responsibly to a record-breaking 4.6 million annual passengers in 2016, creating local employment, and connecting business and leisure travellers with the UK, Europe and beyond.

“As we celebrate this anniversary, we look to a bright future ahead and the world-class transformation which is soon to commence. The City Airport Development Programme presents the opportunity to create an airport of the future, which will help meet demand in the London market, and increase connectivity.” 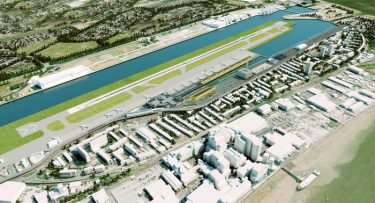 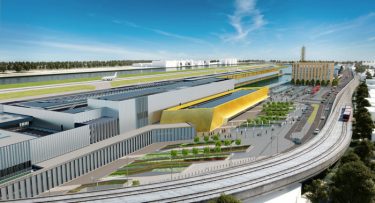 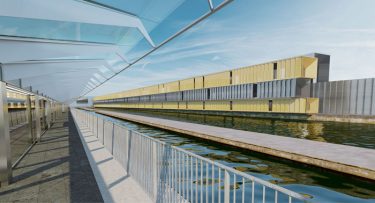 East pier of the terminal 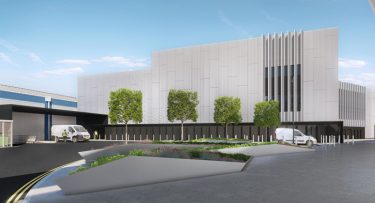 Extended terminal to the west 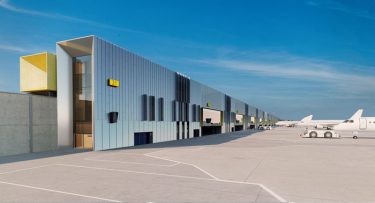 The privately-funded investment includes plans for seven new aircraft stands, a parallel taxiway to maximise runway capacity, and a world-class terminal extension to accommodate increasing passengers. The improvements will enable two million more passengers per year to use the airport by 2025 and add 30,000 additional flights per year, creating over 2,000 jobs and generating an additional £750m per year for the UK economy. The airport is also constructing the UK’s first digital air traffic control tower, operational in 2019. Construction will begin next year with the delivery partner Bechtel.

Together with the artist’s impressions, City has opened an exhibition chronicling its 30 years of business.  It is currently open on Jubilee Walk in Canary Wharf, and aims to bring life to the role the airport has played in East London’s regeneration. London City Airport: 30 Years in Photographs includes 52 images, including new aerial photography and amazing archive pictures. There is also new work by aviation photographer Ben Walsh, who has captured the present day view of several archive images conveying the compelling changes to London since the airport opened in 1987. The exhibition closes November 7.

Over the course of the 30th anniversary year the airport has collected several awards in recognition of the service provided by its staff. In March, the airport collected Airport of the Year at the London Transport Awards and at the Skytrax World Airport Awards 2017 was recognised as Best Airport for those handling up to 5 million passengers per year. Last week the airport picked up the European Regions Airline Association Airport of the Year 2017.