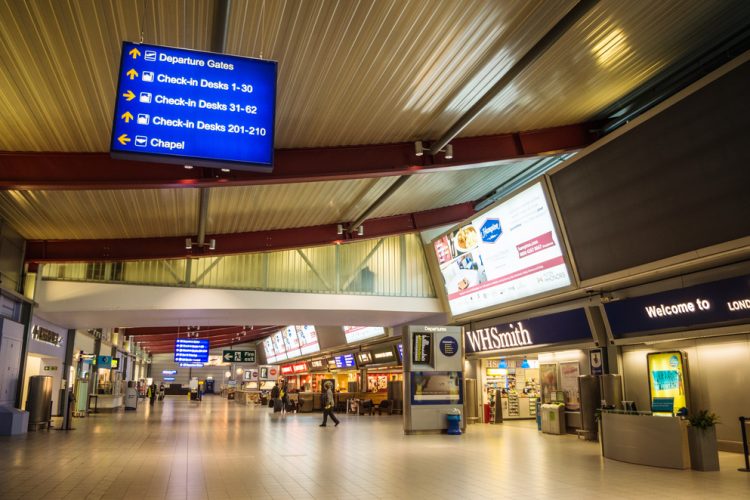 BETTER CONNECTED: London Luton is hoping to see even more passengers once its transit system is complete

Although passenger demand continues to soar, a spokesman for the airport said a lack of adequate public transport links is restricting the number of travellers who choose to use LLA and the UK’s ability to maximise available air capacity ahead of a new runway at Heathrow. It is also constraining the airport’s potential contribution to the regional and national economy.

Currently LLA is the only major London airport without a direct express-style rail service. As part of the upcoming East Midlands rail refranchising process, LLA has called on the government to introduce a requirement for four trains per hour to call at Luton Airport Parkway station, improving access to and from the site. The consultation closed yesterday.

LLA is carrying out the single biggest investment in its 79-year history, which will transform the airport and increase annual capacity by 50 per cent by 2020. Since construction began in 2016, passengers have benefited from an expanded security search area, new multi-storey car park and new shops and restaurants. A new dual carriageway access road has also helped to alleviate congestion to and from the airport.

In addition, Luton Borough Council has begun enabling work on a £200 million mass passenger transit system linking the airport terminal with Luton Airport Parkway station. Once complete, it will operate 24 hours a day and replace the current shuttle bus and reduce passengers’ journey times. The journey from London St Pancras to the terminal door will take less than 30 minutes, bringing LLA closer to central London than both Gatwick and Stansted.

Nick Barton, CEO of LLA, said: “Introducing more fast rail services is a simple change which will make passengers’ journeys to the airport easier and quicker, while also providing benefits for the regional and national economy. Achievable though timetable change alone and requiring no new capital expenditure, this is a cost-effective and immediate means of addressing the South East’s capacity shortage.”