Qatar Airways has announced plans to operate daily direct flights from Cardiff Airport, with the inaugural flight due to depart on 1 May 2018. The new service between the Welsh capital and Doha will be operated on a Boeing 787 Dreamliner. 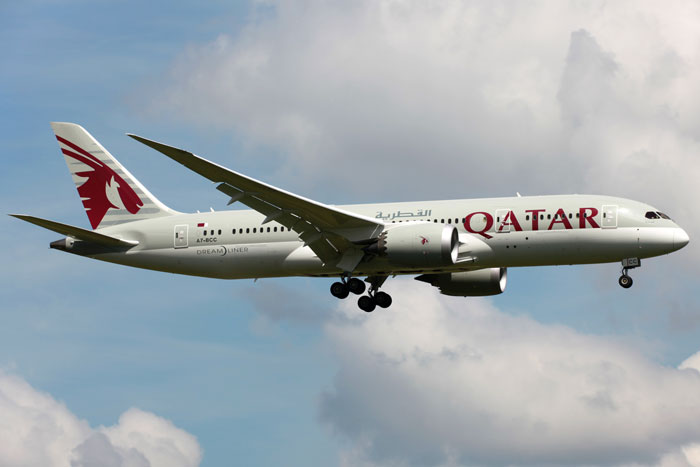 The Cardiff service will be the first regular direct long-haul flight linking Wales and South West England to a major global hub in the Gulf region, seven days a week – benefitting both leisure and business travellers by creating a wealth of long-haul connectivity.

Services will fly between the national airport of Wales and Hamad International Airport in Doha (Qatar’s capital) – one of the world’s largest hub airports, with over 30 million passengers using the state of the art facilities each year.

Why the Gulf troubles could ground Qatar Airways…

Commenting on the impact of the route development news, Qatar Airways Group Chief Executive, His Excellency Mr. Akbar Al Baker, said: “We are delighted to announce the launch date for our direct service to Cardiff.

Many travellers currently fly to and from London, using ground transport between London and Cardiff, so this new route will allow passengers to fly direct from Wales to Doha and beyond for the first time.”

Deb Barber, Chief Executive Officer of Cardiff Airport, commented: “I am immensely proud that world class airline Qatar Airways has recognised the potential that exists within the region and chosen Cardiff Airport to operate a daily service. The service opens up a world of connectivity for our customers to destinations across Australia, New Zealand, Africa and Asia.

“Over 1.4 million passengers per year from the region travel to destinations that are available on the Qatar Airways network – 90% of these passengers are currently travelling from London airports, which emphasises just how much demand exists within the market.

The far-reaching consequences of this service for passengers and businesses across Wales and the South West of England will be transformational. Cardiff Airport will now provide the only daily scheduled direct flight to the Gulf in the South West of the UK.”

“On a personal note, I thank the Welsh Government for their support over the past two and half years, and the British Ambassador to Qatar, His Excellency, Ajay Sharma and his exceptional staff for their outstanding support without which we would not have achieved this success.”

Rt. Hon Carwyn Jones, the First Minister of Wales, said: “The daily service between Cardiff and Doha is a huge boost for Wales. It will open up Wales’ links with the rest of the world and deliver new economic, leisure and travel opportunities for Welsh businesses and the people of Wales.