Air France-KLM expands its alliances between the North Atlantic, Europe and Asia 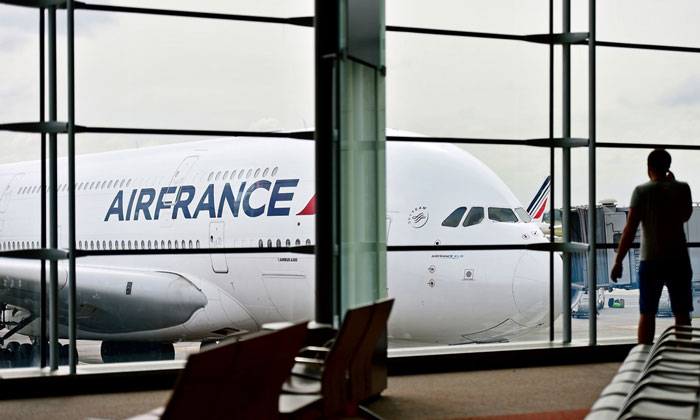 These two commercial alliances will be strengthened by equity investments:

The strategic, commercial and capitalistic reinforcement of these partnerships will position Air France-KLM as the European pillar of the leading global airline network.

Air France-KLM, Delta and Virgin Atlantic today signed a Memorandum of Understanding laying the foundations for a future combination of the existing joint-ventures between firstly Air France-KLM, Delta and Alitalia, and secondly between Delta and Virgin Atlantic, within a single joint-venture. This step will mark the expansion and strengthening of one of the most advanced partnership models in the airline industry. Subject to the signature of the definitive agreements and the approval of the relevant regulatory authorities, this joint-venture will enable the Group to:

In parallel, Air France-KLM and China Eastern will step up their commercial cooperation and reinforce their partnership within the framework of the existing joint-venture, to:

The strengthening of this cooperation will take place in accordance with the partnership strategy of Delta, which already holds a 3.2% stake in China Eastern Airlines Corporation Limited. This cooperation does not call into question the current joint-ventures between the Air France-KLM Group and China Southern.

Reinforcing the partnerships via the acquisition of equity stakes

To consolidate the new trans-Atlantic joint-venture, Air France-KLM has announced plans to acquire a 31% stake in Virgin Atlantic for around £220 million. This transaction should take place in 2018, after approval by the relevant regulatory authorities. Air France-KLM will become the second largest shareholder in Virgin Atlantic after Delta which holds 49%, and will have the same level of representation as Delta within the Board of Directors.

In addition, Delta and China Eastern, who are now Air France-KLM’s very long-term partners, will subscribe equal amounts to two reserved capital increases totaling €751 million at a subscription price of €10 per share, enabling them to acquire 10% each of the Air France-KLM share capital. This price represents a 42% premium relative to the average share price over the last 12 months1 and a 13% premium relative to the average share price since the announcement of the 2016 annual results on 16th February 2017. Relative to the closing share price of 26th July 2017, the subscription price represents a 17% discount.

The realization of these reserved capital increases will be subject to approval by the Air France-KLM shareholders during an Extraordinary Shareholders’ Meeting convened for 4th September 2017, and to approval by the relevant regulatory authorities. These reserved capital increases will be the subject of a prospectus to be submitted for authorization by the Autorité des Marchés Financiers (“AMF”). The acquisition of these stakes will be accompanied by the appointment of two Board directors to the Air France-KLM Board of Directors, the first nominated by China Eastern and the second by Delta.

The subscription agreements signed separately with Delta and China Eastern, who are not acting in concert, have a 25-year duration and include a commitment by the partners to retain their shares subject to a number of exceptions and not to purchase shares potentially leading to the crossing of 10% threshold in the share capital for five years. The partners have also made a commitment not to sell their stakes to another airline without the agreement of the Air France-KLM Board of Directors.

These capital increases will enable an improvement in Air France-KLM’s financial structure, accelerate the reduction in its net debt and finance the purchase of the stake in Virgin Atlantic.

Jean-Marc Janaillac, Chairman and Chief Executive Officer of Air France-KLM, said: “This partnership which is unprecedented in scale gives Air France-KLM a leadership position in the worldwide airline industry. With Delta and Virgin Atlantic we are reinforcing our trans-Atlantic alliance, making us the number one alliance between Europe and the United States in terms of traffic. With China Eastern, we are consolidating our position on a high-growth market. The commitment and efforts of Air France-KLM staff have enabled an improvement in our performance and the securing of these strategic partnerships. These agreements accelerate the value-creation initiatives deployed through the Trust Together project.”