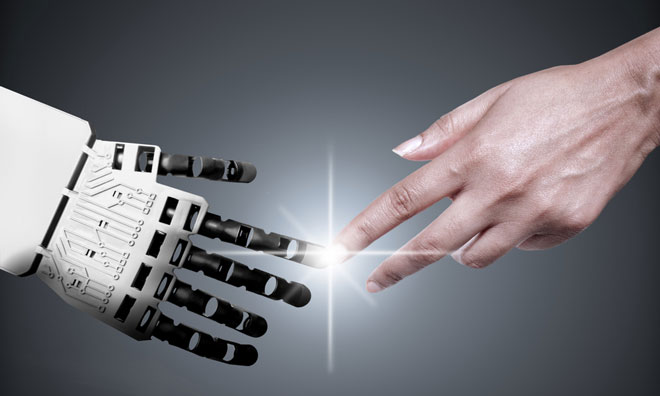 Japan’s Haneda Airport has unveiled a new concierge system that will comprise of a small fleet of robots. Visitors arriving at Tokyo’s Haneda Airport will now be greeted by humanoid robots. At just 90cm tall, the miniature concierge staff will be able to guide passengers to the correct part of the terminal communicating in both English and Japanese.

Multinational conglomerate Hitachi Ltd. who developed the technology will begin trialling the robots on Friday and it is thought that they will be ready and fully operational by Christmas.

“We are hoping to use EMIEW3 to assist efforts to extend hospitality at Haneda airport through our trial runs.”

The robots, designed in an eye-catching white and red will be deployed to designated information points around the airport and will be able to display and communicate multilingual information. Each robot will have the capacity to call in another bot to aid any query which in turn would then say “please follow me” for example, to a hypothetically lost passenger who can then follow the summoned humanoid to the desired area of the airport they had been searching for.

The latest model of robot has a ‘remote brain’ that is able to process images and voices, and multiple robots can be connected through a remote operation system.

“We are hoping to use EMIEW3 to assist efforts to extend hospitality at Haneda airport through our trial runs,” said Hiroshi Sato, senior vice president and executive officer at Hitachi, the Japan Times reports.

Hitachi’s technology, EMIEW3, isn’t the only humanoid to be deployed in the field of customer service in Japan this year. Another robot, Pepper, used by Meiji Yasuda Life Insurance Co. has been deployed 80 branches in Japan to help out on the sales floor, answering queries and explaining services to potentially confused customers.

It is however, the first time a robot has been considered as having a concierge in an airport, paving the way for an exciting new chapter in passenger experience for the industry.

For more information on the technology, please see Hitachi’s press release on EMIEW3.