NATS has revealed there was a reduction in greenhouse gas aircraft emissions during 2015 according to its annual Responsible Business report. 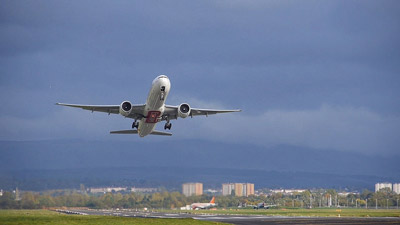 NATS has revealed there was a reduction in greenhouse gas aircraft emissions during 2015 according to its annual Responsible Business report.

On the 27 June 2016, air navigation services provider (ANSP), NATS published findings of its annual Responsible Business report. Highlights include a reduction of 34,195 tonnes in ATM-related CO2 emissions, a 6.6 per cent reduction in estate CO2 emissions and an increase in the number of quieter flight descents into 15 UK airports including Heathrow, Gatwick and Bristol airports.

According to NATS it has enabled reductions of 1.1 million tonnes of ATM-related CO2 emissions per annum, as a result of combined annual savings since 2008, adding up to a total of £111m in airline fuel savings.

According to the ANSP, the improvements are the result of changes to UK airspace that allow for more direct routes and improved vertical profiles, the use of more efficient procedures such as continuous instead of stepped climbs and descents, and the introduction of new air traffic control technologies.

In conjunction with the Civil Aviation Authority (CAA), in 2012 NATS introduced three dimensional inefficiency (3Di) methodology for measuring airspace efficiency to help assess day-to-day progress towards more efficient and environmentally friendly use of the skies in the face of ever-increasing levels of air traffic. In 2015, an average score of 30.1 3Di was achieved, this is within the service performance range set by the CAA as regulator, and slightly behind the target level of 29.7.

Ian Jopson, Head of Environmental and Community Affairs at NATS, said: “Our work with our airline and airport customers continues be successful in shrinking aircraft CO2 emissions and, whenever possible, reducing aircraft noise.

“Air traffic is returning to volumes seen before the financial crisis of 2008, so our achievement of continuing to make CO2 emission savings should be viewed in the context of busier skies as more and more flights take place.

“An important part of managing the impact of increasing air traffic is undertaking meaningful engagement with airport communities on their experience of our operation and with this in mind we have recently appointed a new community relations manager to ensure open dialogue with everyone concerned, taking the big picture into account.

“Large-scale airspace change will help to deliver significantly cleaner, quieter air traffic operations and this report will form much of that ongoing conversation.”

How is urban air mobility going to emerge in the aviation industry?