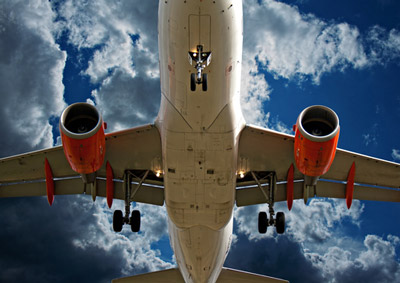 The UK government has delayed the decision on where airport expansion in the south-east should be until summer 2016. On 10 December 2015, the UK government released a statement on proposed airport expansion in south-east England. In the announcement, the Airports Sub Committee recognised the case for airport expansion in the south-east and the Airports Commission’s shortlist of options for expansion. It has also identified the most appropriate way of delivering planning consents for new capacity.

However, the government wishes to develop a package of measures to mitigate the impact on local people and the environment. As a result, a decision on where airport expansion should be has been delayed until at least summer 2016. The government insures further work will be undertaken quickly so that the timetable for delivering capacity set out by the Airports Commission can be met.

The extended work will include testing the Airports Commission’s air quality analysis using the latest projected future concentrations of nitrogen dioxide, a mitigation package for local communities including compensation, maximising local economic opportunities through new jobs and apprenticeships, and measures to tackle noise. Further work will also be carried out to establish the full environmental impacts of expansion at each airport.

The announcement also states, the mechanism for delivering planning consents for airport expansion will be an ‘Airports national policy statement’ (NPS), following which a scheme promoter would need to apply for a development consent order.

Secretary of State for Transport Patrick McLoughlin said: “The case for aviation expansion is clear – but it’s vitally important we get the decision right so that it will benefit generations to come. We will undertake more work on environmental impacts, including air quality, noise and carbon.

“We must develop the best possible package of measures to mitigate the impacts on local people. We will continue work on all the shortlisted locations, so that the timetable for more capacity set out by Sir Howard is met.

“At the first opportunity I will make a statement to the House to make clear our plans.”

Reacting to the Government’s decision, Darren Caplan, Chief Executive of the Airport Operators Association, said:  “We have consistently said that the UK needs to compete in both established and emerging markets. This requires excellent aviation connectivity right across the country, ensuring the UK has both vibrant point to point airports and world class hub capacity. The AOA supports all airports that wish to grow and believes in making best use of existing capacity at UK airports. We support the assertion made in the Government’s statement that the UK requires more capacity and the AOA is clear that aviation can grow sustainably in future whilst delivering for UK plc.

“We welcomed the completion of the Airports Commission’s Final Report in the summer, and supported the assertions already made in the Commission’s Interim Report regarding the need for both airport expansion and making better use out of existing capacity. We continue to call for the Government to respond fully to the Airports Commission recommendations as quickly as possible in 2016, to maintain momentum, remove uncertainty and ensure the UK gets the additional capacity it so vitally needs as soon as possible.”

Carolyn Fairbairn, CBI Director-General said: “Delaying this decision on an issue of critical importance to the future prosperity of the UK is deeply disappointing.

“We urgently need to increase our runway capacity to spur trade growth, investment and job creation. Just eight new routes to emerging markets could boost our exports by up to £1 billion a year.

“It is of course essential that environmental conditions are met. But the Airports Commission spent three years analysing impartial evidence, at a cost of £20 million, and the National Infrastructure Commission was set up just two months ago to take an evidence-based approach to our needs. We cannot fall into the habit of simply commissioning new evidence, instead of the Government taking the tough decisions needed at the end of the process.”

Gatwick Airport CEO Stewart Wingate said: “This is a defining moment in the expansion debate. There is now a clear choice facing Britain: growth with Gatwick or inertia at Heathrow with an illegal scheme that has failed time and time again.

“We have always maintained that this decision is about balancing the economy and the environment. Expansion at Gatwick would give the country the economic benefit it needs at a dramatically lower environmental cost.

“Expansion has been in a holding pattern for decades. Momentum is now behind Gatwick as it becomes ever clearer that it is the obvious solution. We will continue to work closely with Government to take forward our plan which is legal, affordable, and can actually deliver for Britain.”

In response Heathrow Airport has maintained its commitment to delivering expansion within environmental limits, stating it has full confidence in its new expansion plan and pledged to work with Government to deliver Britain the hub capacity it needs. It is confident that its plans meet tough environmental conditions and will move into the delivery phase.

John Holland-Kaye, Chief Executive of Heathrow Airport said: “Our new plan will connect the whole nation to global growth while providing opportunities for the local community and making Heathrow the most environmentally responsible hub airport in the world.  I am confident we can meet tough environmental standards.”

“We have support locally and nationally from politicians, business, trade unions and the aviation industry for Heathrow expansion.  Let’s get on and build a better future for Britain.”