Posted: 5 May 2022 | International Airport Review | No comments yet

Miami International Airport has kick-started World Trade Month with a bang, as the airport has announced that it is well on its way for a three-peat record breaking year in cargo traffic for 2022. 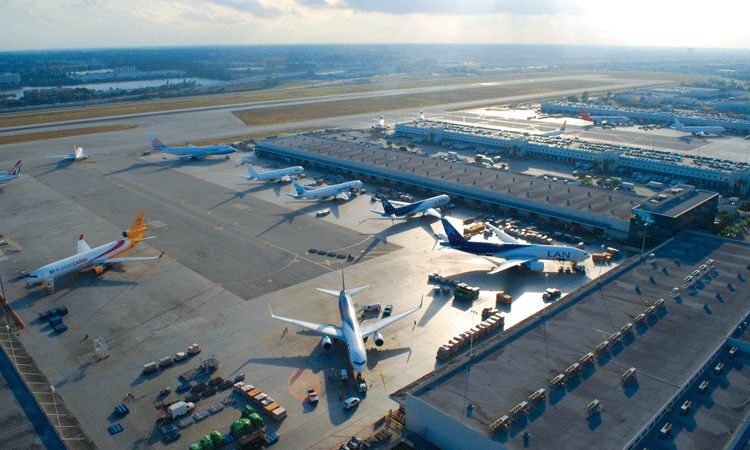 After racking up big numbers during its second-consecutive record-breaking year in cargo traffic, Miami International Airport (MIA) is well on its way to a three-peat in 2022 as it kicks off World Trade Month.

In the first quarter of 2022, MIA’s total freight volume increased by eight per cent year over year to 687,675 tonnes, with 552,371 tonnes coming from international traffic. International freight at MIA has grown 5.4 per cent year to date, while domestic freight is up 20.5 per cent.

MIA’s strong first quarter comes on the heels of the airport’s best year ever in several trade categories. In 2021, MIA set a new annual record of 2.7 million tonnes of total freight and two million metric tonnes of international freight handled, to strengthen the global gateway’s position as the busiest airport in the U.S. and ninth in the world for international freight. MIA’s imports and exports also had a combined commercial value of $67.5 billion last year, up 28 per cent over 2020 for a record increase of $14.8 billion. MIA’s 2021 air trade amounted to 95 per cent of Florida’s total air trade value and 41 per cent of the state’s total air and sea trade values combined.

The airport’s leading import in weight last year (2021) continued to be flowers, at 327,881 tonnes valued at nearly $1.6 billion, which represents a 39-per cent increase in weight and a 34-per cent in value. Flower imports are currently in full bloom at MIA, with the Association of Floral Importers of Florida projecting a 10-per cent year-over-year increase in flower shipments before Mother’s Day on 8 May 2022 and MIA handling 89 per cent of all flower imports to the U.S. by air.

MIA’s largest import category in value was gold, jewellery, and gems, at $4.4 billion in 2021, which was up nine per cent year over year. The largest export commodity in weight from MIA was vehicle parts and tires, which doubled in size from 18,703 tonnes in 2020 to 37,607 tonnes in 2021, while the leading export in value was aviation/spacecraft parts at $6.5 billion, for an increase of two per cent over the previous year.

Association of Floral Importers of Florida

Association of Floral Importers of Florida