At today’s, 18 November 2021, Three Amigo Summit, the Presidents of the U.S., Mexico, and Canada’s Prime Minister are being urged to streamline cross-border travel rules. 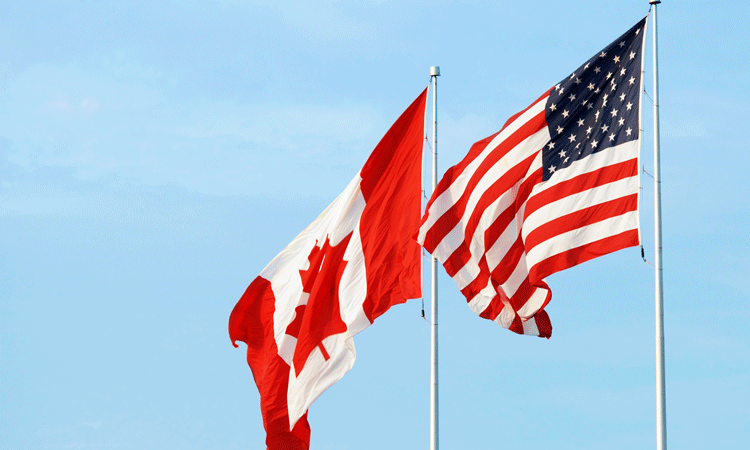 Together with the Canadian Travel and Tourism Roundtable (The Roundtable), American and Canadian business leaders are calling on the Presidents of the U.S., Mexico, and Canada’s Prime Minister, to streamline cross-border travel rules when they meet at today’s (18 November 2021) Three Amigos Summit in Washington. Removing the mandatory pre-departure PCR test requirement for fully vaccinated travellers coming into Canada is critical for a strong economic recovery in North America.

Over many decades and various rounds of trade negotiations, Canada, the U.S., and Mexico have reached a balanced, reciprocal trade agreement that grows the North American economy.

Trade negotiations have shown that rules need to change with the times. Now is the time for Canada to change its rules for pre-departure testing.

A pre-departure PCR test for arrivals into Canada runs counter to the recommendations made by the Canadian federal government’s COVID-19 Testing and Screening Expert Advisory Panel (The Expert Panel), which concluded that fully vaccinated travellers should not require a pre-departure test for a trip of any duration. Travel measures should be based on a traveller’s vaccination status and should be consistent with the recommendation of the Government Expert Panel. The Canadian government’s mandatory pre-departure PCR test to enter the country leads international travellers to do business elsewhere and discourages cross-border commerce, trade, and travel.  Inconsistent U.S. land and air travel policies also create confusion and need to be consistent and science-based.

Even more concerning, Canada’s travel rules are out of step with the international community. Countries including France, Portugal, Germany, and the UK have recognised that requiring pre-departure and arrival tests for vaccinated travellers is redundant and have exempted fully vaccinated Canadian travellers from pre-departure testing requirements.

The pandemic, vaccination status, and available science has changed; so too should the response and measures to keep Canadians safe while allowing the North American economic partnership to prosper once again.

Perrin Beatty, President & CEO, Canadian Chamber of Commerce commented: “The leaders of Canada, the U.S., and Mexico should prioritise removing friction from our mutual borders. It is the only way to ensure people and businesses can get back to normal. Canada’s rules on international travel risk are leaving our businesses behind. The Canadian Chamber of Commerce has met with our international colleagues and partners in the Canadian travel and tourism sectors in calling on our heads of state to encourage Canada to streamline its travel rules and remove the pre-departure PCR test for vaccinated travellers needed to enter into Canada. Getting rid of unnecessary and outdated travel rules will help Canada’s businesses get back to work – and compete.”

“The U.S. to Canada border has yet to return to pre-pandemic normal operation, and recent changes fall short of a “new normal’ to which citizens and businesses can adapt,” said John Manley, Canada’s Former Minister of Foreign Affairs. “As Minister of Foreign Affairs during 9/11, I have seen firsthand the necessity of cross-border policy co-operation. American and Canadian leaders have worked together to solve greater cross-border risks; we need to continue this approach. The mandatory pre-departure PCR test for fully vaccinated travellers is not rooted in science and should be removed.”

Goldy Hyder, President & CEO, Business Council of Canada commented: “At the beginning of the COVID-19 pandemic, businesses understood that immediate and drastic action was needed to protect the health of all Canadians. Businesses met these calls willingly and efficiently. Today we are in a very different position – Canada is one of the most vaccinated countries globally – and our COVID-19 rules must reflect this reality. The time to remove the pre-departure PCR test for fully vaccinated travellers, which is harming businesses and their customers, and keeping families apart, was yesterday. We need changes now, not half measures or updates three weeks from now.”

Rick Tachuk, National Capital Chairman and National Chair, American Chamber of Commerce in Canada said: “Canada and the U.S. share the world’s longest undefended border. The free passage of people between our two nations feeds both of our economic engines. For the first time since September 2001, this reality is at risk. To that end, Canada must immediately move to standardise its travel rules with the U.S. to mitigate any unnecessary impacts businesses will face – on both sides of the border – stemming from Canada’s irrational and non-science-based approach to re-opening the economy.”