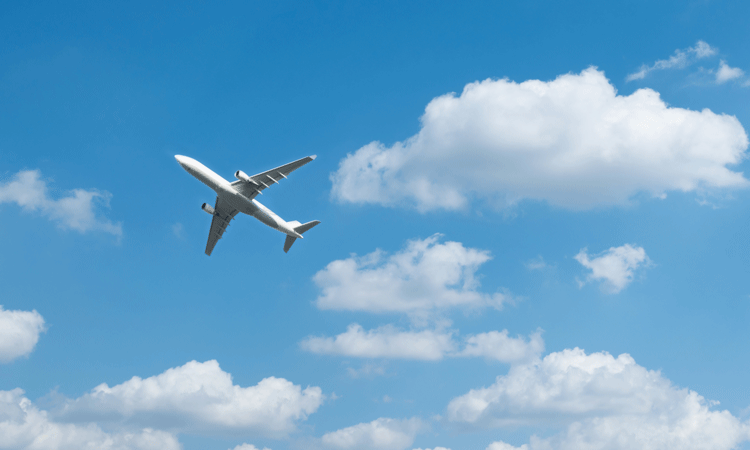 In their flight plans, aircraft request to cruise at an altitude (‘flight level’) that is most efficient for them, so that they burn less fuel. When airspace is congested, they might request lower or be kept lower by air traffic management. The graph shows how requested cruise levels have increased over the last 25 years: in September 1995 only six per cent of flights requested to cruise above flight level 350 (FL350, approximately 35,000ft), by September 2021 40 per cent of flights did. 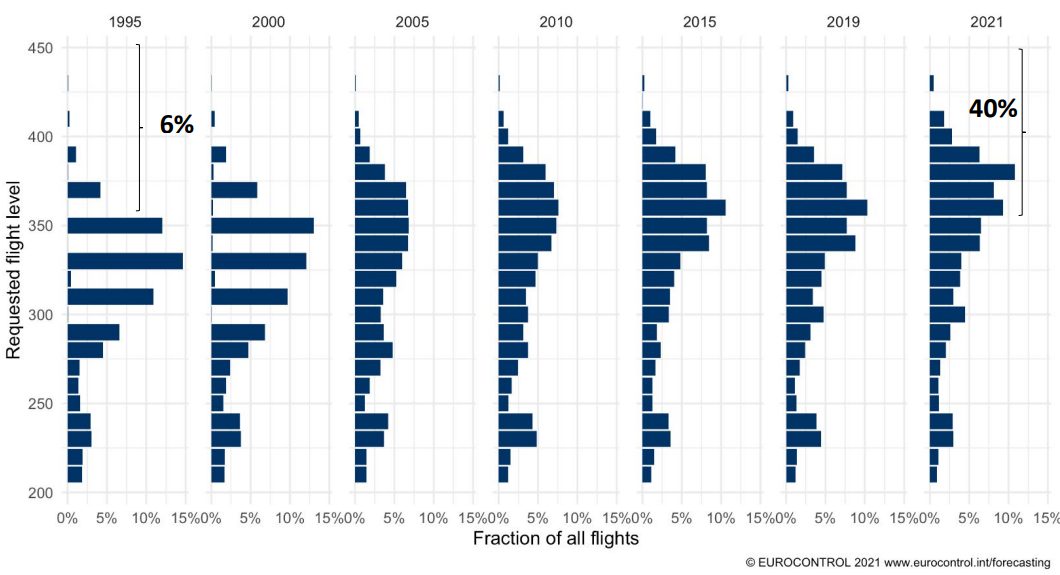 Two advances in aircraft technology have driven cruise levels higher over this period. First, altimeters improved to the point where it was safe to switch from 2,000 to 1,000ft vertical spacing in the upper airspace, as it had been in lower airspace for some years. The graph shows the benefits of the ‘Reduced Vertical Separation Minima’ (RVSM) project through which EUROCONTROL, air navigation service providers, and airlines came together to transform European airspace at the beginning of the century, opening up the ‘even-numbered’ flight levels up to FL400. As a result by 2005, rather than having 13 per cent of flights asking to fly at FL350 (in 2000), the traffic was more evenly spread.

The second advance was less of a revolution in airspace management and more an evolution of the aircraft fleet: newer aircraft are built to cruise efficiently at higher levels. By September 2021, the most-requested cruise level was FL380, 5,000ft (1.5km) higher than 1995’s most-requested FL330.

We estimate that the efficiency improvements resulting from the six new flight levels deliver annual fuel savings of over 300,000 tonnes, equivalent to reductions of almost one million tonnes of CO2 every year. RVSM demonstrates that the provision of greater capacity can help to reduce the environmental impact of aviation by offering more flexibility to airspace users and ANSPs allowing them to implement more efficient and environmentally friendly operations.

The graph shows growing demand at FL410 and FL430. This is particularly true over the North Atlantic, and the air navigation providers responsible are beginning to think about what would be involved in extending RVSM above FL410.