Posted: 12 May 2021 | International Airport Review | No comments yet

Heathrow has called for the UK government to review the countries that have been deemed as ‘green’ under the new travel traffic light system for England, stating that the current ‘green list’ is “overly cautious”. 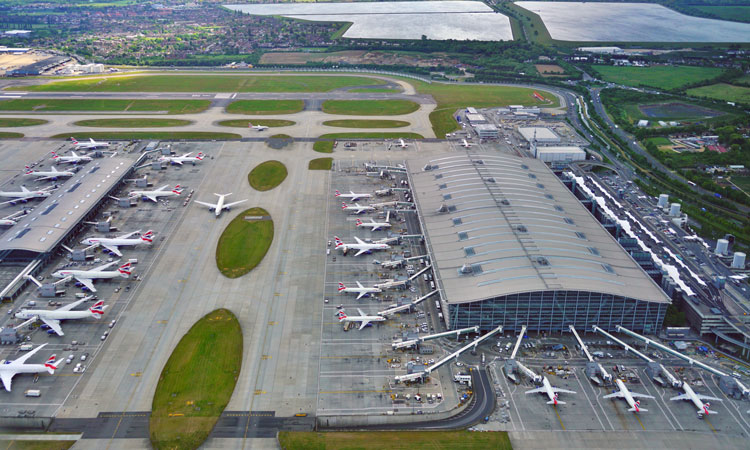 New data from London Heathrow Airport (LHR) has shown that it lost 6.2 million passengers in April 2021, down by 92.1 per cent compared to pre-pandemic 2019 figures, following over a year of restrictions on non-essential travel.

Whilst the airport has welcomed the UK government’s decision to lift the travel ban across England – which was implemented during the third national lockdown as a result of a severe increase in COVID-19 cases – from 17 May 2021, Heathrow has stressed that the ‘green list’ (part of the government’s new traffic light system for travel) is overly cautious, given the other controls in place on passengers travelling from low risk countries.

Heathrow has expressed that the next review of the green list on 31 May 2021 should bring a significant expansion to the list of ‘green’ countries, including the U.S., in order to increase trade and reunite friends and families with their loved ones. Additionally, the airport has said that the UK government should help people to plan ahead by publishing a list of countries that are expected to be on the green list for the summer holidays so that passengers are not faced with high prices for last minute bookings.

The rapid progress on COVID-19 vaccination and increased confidence in its effectiveness against variants of concern should allow for a significant simplification of the traffic light system at the end of June 2021, Heathrow outlined, including allowing fully vaccinated people to travel without restrictions.

In addition, the airport has welcomed government plans to automate border checks, but, until they have been implemented, Heathrow has urged that Ministers should ensure that every desk is staffed at peak times in order to avoid unacceptable queue times in immigration.

Fewer passenger flights are severely impacting the UK’s supply chain and British exporters, with only 116,000 metric tonnes of cargo travelling through Heathrow in April 2021, compared to over 132,000 metric tonnes in April 2019, down by 12 per cent. Reopening critical trading routes, such as the U.S., will enable exporters to reconnect with key global networks and unlock billions of pounds worth of trade and exports.

Heathrow Airport’s CEO, John Holland-Kaye, said: “The government’s green list is very welcome, but they need to expand it massively in the next few weeks to include other low risk markets, such as the United States, and remove the need for fully vaccinated passengers to take two expensive PCR tests. Border Force’s claims that “long queues in immigration are inevitable” smack of complacency – they are completely avoidable if Ministers ensure that all desks are staffed at peak times.”