By introducing the new CAT units at Buffalo Niagara Airport, TSA has been able to increase operational efficiency and limit unnecessary touchpoints. 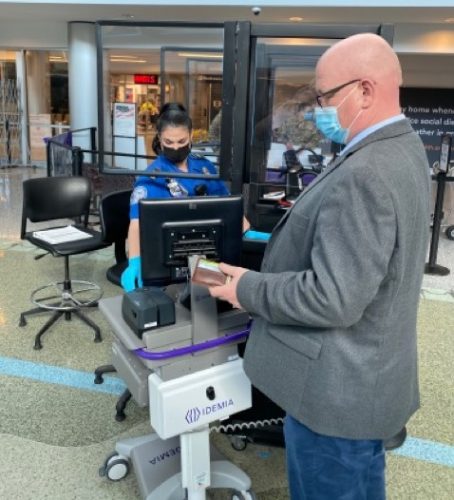 The Transportation Security Administration (TSA) checkpoint at Buffalo Niagara International Airport (BUF) is now using new technology that confirms the validity of a traveller’s identification (ID) and confirms their flight information in near real time.

Passengers should approach the travel document checking station at the checkpoint and hand their ID to the TSA officer, who will insert it into the scanner for authentication. Passengers will not have to hand over their boarding pass (electronic or paper), thus reducing a touchpoint. The CAT unit will verify that the traveller is prescreened to travel out of the airport for a flight that day; however, a boarding pass may be requested for travellers under the age of 18 and/or those with ID issues.

Even with TSA’s use of CAT units, travellers still need to check-in with their airline in advance and bring their boarding pass to their gate agent to show the airline representative before boarding their flight.