By the end of 2020, passenger numbers at UK airports fell to levels not seen since 1985, with only 73.8 million passengers reported, most of which travelled in the first three months of the year. 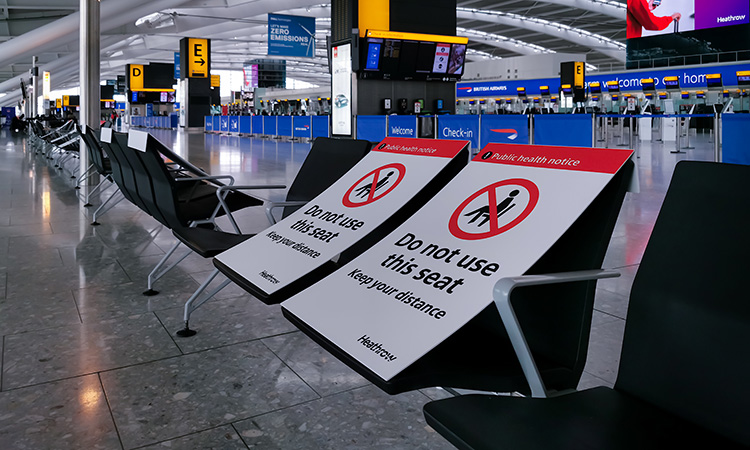 On the anniversary of the UK Chancellor’s never-delivered promise for an aviation-specific support package, data released by the UK Civil Aviation Authority (CAA) has shown that passenger numbers travelling through UK airports throughout summer 2020 plunged to their lowest level since 1975, laying bare the devastating impact of the COVID-19 pandemic.

Nearly two-thirds of those passengers in 2020 flew in the first three months of the year. The remaining third flew between April and December 2020, 89.1 per cent fewer than flew in the same period in 2019, as a result of quarantine and other travel restrictions.

Commenting on the new figures, the Airport Operators Association‘s (AOA) Chief Executive, Karen Dee, said: “A year ago, the Chancellor stood up and noted that some sectors faced ‘acute challenges’. He promised to work with the Transport Secretary on a ‘support package specifically for airlines and airports’. One year on, he has been proven right about the challenges but has failed to deliver sufficient support.”

She continued: “The Chancellor’s failure to deliver on his promise has resulted in UK airports facing huge losses and trailing behind international competitors, who did receive significant support from their governments. For example, German airports received €820 million of airport-specific support in February 2021.”

“Yet, despite dealing with the biggest crisis in their history, most airports remain operational to support vital public services, such as the Royal Mail, air ambulances, the Coastguard and the National Police Air Service, as well as other critical services, such as freight, including personal protective equipment (PPE) and vaccines,” Dee added.

She concluded: “The Global Travel Taskforce offers us a glimmer of hope for a safe and successful summer. To ensure that there are viable airports to support the economy and government agendas, like global Britain and levelling-up, it must deliver on the Prime Minister’s promise of a risk-based restart of aviation from 17 May 2021, through an affordable testing regime and with quarantine only as a measure of last resort.”

Avinor and SINTEF to contribute to Europe’s green aviation initiatives