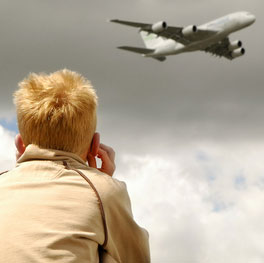 London Gatwick has today welcomed the Airports Commission’s focus on noise as a central consideration in any decision which may be made about future airport capacity.

The impact of noise on local communities is an important and controversial issue for the Commission’s assessment of options for increasing airport capacity. It is important as noise can significantly affect the quality of life for communities living close to airports, and it will be a major factor in determining whether or not there will be community and political support for particular airport developments. It is, and will remain, a controversial issue, because of the impact on communities and because, despite long debate, there is not firm consensus on how to approach issues around aircraft noise or even on how to best measure noise.

Within today’s submission, Gatwick demonstrates how its proposals would impact significantly fewer residents living under its flight path than other options being tabled. Studies show that with a second runway, the number of people impacted by noise at Gatwick would range from 3,300 – comparable to today with a single runway – up to 11,800. The overall number of people who could be affected by noise from a second runway at Gatwick would be equivalent to less than 5% of the people Heathrow impacts today – mainly because aircraft would not fly over highly populated areas of London. This fundamental fact will not change in the future.

While Gatwick compares favourably to other options for expansion, it has also clearly reiterated its position that runway expansion should not be allowed at any cost to local communities. It is imperative therefore that the Commission provides as much clarity as possible on how it will deliver the Government’s objective of ‘limiting and where possible reducing the number of people significantly affected by aircraft noise’ when assessing the long term options.

Stewart Wingate, CEO of London Gatwick, said: “Noise issues for local communities are taken very seriously at Gatwick, which is why we are a leading airport in the crucial area of noise management. We also continue to work closely with local people to understand and address their concerns. Technological developments both in aircraft and airspace design will allow airports like Gatwick to grow whilst mitigating our noise impacts. With our position to the south of London, we have a huge advantage over other runway options directly to the west and east of London. Even with a second runway, Gatwick would impact less than 5% of the people impacted by Heathrow today.

“The Government has made clear that its primary policy objective in this area is to limit and where possible reduce the number of people significantly affected by aircraft noise. Against that policy background, it seems clear that a second runway at Gatwick would be much preferable to a third runway at Heathrow; when more people are already significantly affected by noise than at all the other major EU hub airports put together.”

London Gatwick has made a number of recommendations to the Commission within its submission. A key point is that the noise impacts of each proposal should be evaluated on a common basis, and we ask the Commission to provide clear details of the noise assessment framework it will use in its appraisal of options and to ensure that noise modelling of all further proposals is presented on a uniform basis.