Analysis undertaken by ACI has found that the impact of COVID-19 could reach an unprecedented $104.5 billion reduction in revenue for 2020. 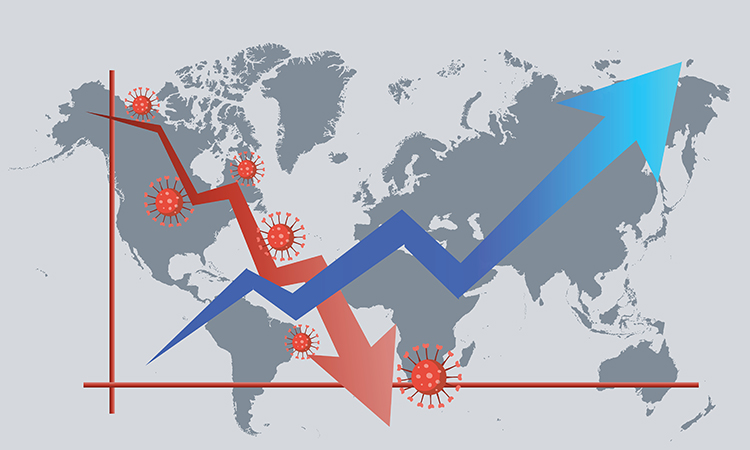 New analysis by Airports Council International (ACI) World has revealed the actual and predicted extent of the impact of the COVID-19 pandemic on the global airport business.

ACI also highlighted a significant level of uncertainty surrounding the recovery trajectory, predicting that, by December 2020, monthly traffic may reach between 27 and 60 per cent of the projected baseline for the month. The most likely baseline scenario suggests passenger traffic volumes to reach 56 per cent, ACI found. Globally, passenger traffic volumes are forecast to not recover to 2019 levels before 2023, and markets that have significant international traffic will not recover until 2024.

ACI World‘s Director General, Luis Felipe de Oliveira, said: “Airports are key drivers of economic development but, without any support from governments and with $104 billion in losses because of the devastating impact of the pandemic on aviation, it is now the time to come together to support recovery. Aviation will be central to the global economic recovery, delivering connectivity, trade, tourism, jobs, prosperity and growth.”

He continued: “As air transport has always been an industry based on the interdependence of all its parts, the COVID-19 crisis devastated all stakeholders – from aircraft manufacturers and travel agents to retailers in airports – and resulted in job losses, business shutdowns, bankruptcies and other instances of economic devastation.

“Beyond the immediate and apparent damages, the global economy has been hit hard by the loss of the benefits arising from air transportation activity. Indeed, according to the Air Transport Action Group (ATAG), as of 2018, aviation supports 65.5 million jobs worldwide and enables $2.7 trillion in global GDP. The recovery of air travel is crucial in the wider global economic recovery but, to succeed, it will need passengers to have confidence in the industry’s focus on their health and welfare,” Oliveira added.

ACI has provided support and assistance for airports during the pandemic, including initiatives like the Check & Fly app and its global Airport Health Accreditation programme to help airports demonstrate that health and safety is the industry’s number one priority.

ACI World has also called on governments to follow a robust and consistent protocol for testing which should be implemented only when necessary and as an alternative to broad-brush requirements for quarantine. “Unnecessary quarantine measures are harmful to passenger confidence, so harmonised measures and a risk-based approach that relies on scientific evidence will help to restore traveller confidence and support the economy recovery of the aviation ecosystem,” Oliveira said.