Heathrow Airport calls on the UK government for a passenger testing regime to assist the recovery of airports post COVID-19. 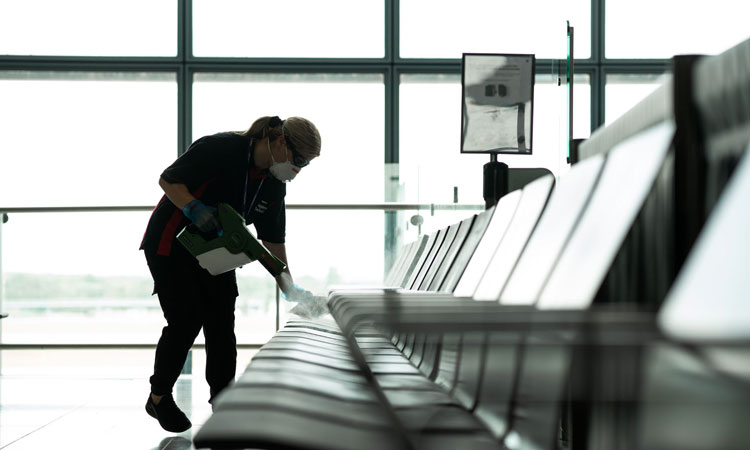 Heathrow Airport has taken many steps during the first six months of 2020 to prevent the spread of COVID-19 and protect passengers and staff. Results from this period have been collected and announced.

Passenger numbers were down over 96 per cent in Q2 as global aviation came to a virtual standstill. It is estimated that 2020 passenger volumes will be more than 60 per cent lower than 2019 overall. Q2 revenue fell 85 per cent to £119 million and adjusted EBITDA turned to a loss of £93 million. Heathrow has recorded an adjusted loss before tax of £471 million in the first six months of 2020.

As a result of the declining traffic and revenues, Heathrow reduced its average cash burn by over 30 per cent, by cutting at least £300 million operating costs and cancelling or pausing over £650 million of capital projects.

The airport has announced its cash reserves are sufficient until at least June 2021 with no revenue. A waiver on financial covenants until the end of 2021 has been agreed, and the airport has maintained its Investment Grade credit rating status.

The UK government’s risk-based approach to allow quarantine-free flights from low and medium risk countries is very welcome, but only covers 30 per cent of Heathrow’s markets. Therefore, establishing an alternative to quarantine for COVID-19-free passengers from other countries should be a priority for government.

Heathrow CEO, John Holland-Kaye, said: “These results should serve as a clarion call for the government – the UK needs a passenger testing regime and fast. Without it, Britain is just playing a game of quarantine roulette. As many of our customers have experienced, it’s difficult to plan a holiday that way, let alone run a business. Testing offers a way to safely open up travel and trade to some of the UK’s biggest markets which currently remain closed. Our European competitors are racing ahead with passenger testing, if the UK doesn’t act soon, global Britain will be nothing more than a campaign slogan.”