The Court of Appeal’s ruling states that Heathrow’s expansion plans have failed to consider its environmental impact under the 2016 Paris Agreement. 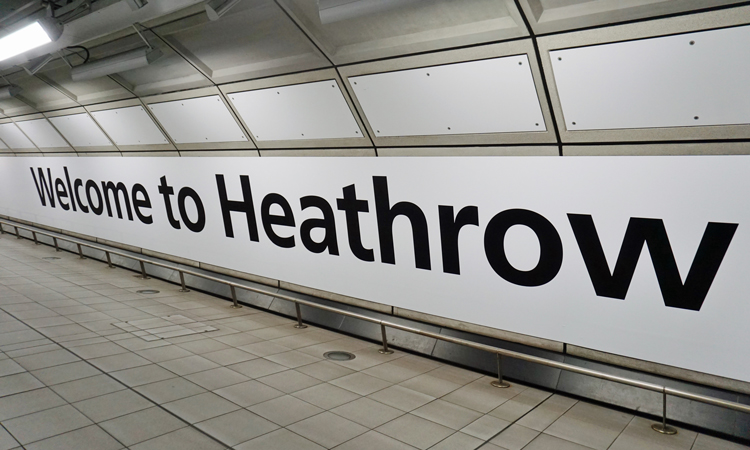 London Heathrow Airport’s (LHR) plans to develop a third runway has been deemed unlawful as the government’s case, which formed the basis of the parliamentary vote in support of the project in 2018, failed to consider and assess the impact on global climate commitments.

Under the Paris Agreement, which was signed in 2016, the UK’s Court of Appeal has ruled that the third runway project failed to take into account its impact on climate change. The legal challenge was raised by Plan B, a climate litigation charity.

The ruling against Heathrow’s third runway follows Bristol Council and Uttlesford Council rejecting plans for expansion at Bristol and Stansted Airports, respectively, on the basis of their environmental impacts, including climate change.

The denial of the Heathrow expansion is the first legal judgement to prove that the Paris Agreement can be used to support challenges in court. English legal decisions are influential in other courts across the globe, so this could result in other planned airport expansions around the world being challenged on the same grounds.

A spokesperson for Heathrow Airport said: “The Court of Appeal dismissed all appeals against the government – including on ‘noise’ and ‘air quality’ – apart from one, which is eminently fixable. We will appeal to the Supreme Court on this one issue and are confident that we will be successful. In the meantime, we are ready to work with the government to fix the issue that the court has raised. Heathrow has taken a lead in getting the UK aviation sector to commit to a plan to get to net-zero emissions by 2050, in line with the Paris Accord. Expanding Heathrow, Britain’s biggest port and only hub, is essential to achieving the Prime Minister’s vision of Global Britain. We will get it done the right way, without jeopardising the planet’s future. Let’s get Heathrow done.”

Deputy Director of the Aviation Environment Federation (AEF), Cait Hewitt, said: “This is a huge win for the climate and leaves Heathrow’s third runway plans in tatters. In presenting plans for a third runway to MPs, the government failed, the court has found, to assess whether this was compatible with the Paris Agreement.”

Hewitt added: “The project would increase emissions at the UK’s biggest airport, and the UK has since legislated to achieve net-zero emissions by 2050, so it’s very hard to see how the government could now ever demonstrate that a third runway could be reconciled with the necessary scale of climate action. This ruling should mark the end of plans for any new runways in the UK. The government should stand up to the airports lobby, drop its support for airport expansion, and invest instead in low-carbon transport and supporting British tourism.”

A spokesperson for the Arora group, which is promoting an alternative new terminal proposal to serve a third runway at Heathrow rather than Heathrow Airport Limited (HAL) – known as Heathrow West – said: “The Arora Group remains an unwavering supporter of Heathrow Expansion, so long as environmental disruption is minimised. Expansion’s impact on our country’s infrastructure is unparalleled and will considerably benefit every region of the UK. We believe our own plans to design, develop and operate Heathrow West  – a new terminal servicing the new runway – will revolutionise the airport and ensure an expanded Heathrow is efficient and cost effective versus the expensive and inefficient plans put forward by Heathrow Airport Limited (HAL).”

The spokesperson continued: “Crucially, with the ability to deliver the fully expanded airport 18 years earlier than HAL and in requiring significantly less land take, the environmental impact of our plans will be streets ahead. It is, of course, critical to minimise the environmental disruption caused by expansion and to mitigate as best as possible; our plans do this more than HAL’s. We very much call on the government and regulator to acknowledge that Heathrow West is the best option for an expansion at Heathrow and offers an opportunity to approach expansion differently to the incumbent for the benefit of the economy, local communities, passengers, airlines and of course the environment.”

Following the rejection of HAL’s third runway expansion, Heathrow West has formally lodged appeal papers in the Supreme Court as it seeks to put the Heathrow expansion back on track.

Travel and Tourism Analyst at GlobalData, Johanna Bonhill-Smith, said: “Many airlines were banking on the third runway expansion at Heathrow airport to reach more markets and increase capacity at the UK’s busiest airport, but have now been dealt a major blow as the expansion has been blocked. Today’s announcement highlights the intensity of the climate change movement, and this battle between the airspace industry and environmental enforcements will no doubt be ongoing and the undoing of many growth or expansion strategies for years to come.”

She added: “Numerous airports throughout the UK are currently in the process of planning ways to expand in order to increase capacity in both the domestic and international aviation space. However, with the term ‘climate catastrophe’ more widely broadcast than ever, the rise of ‘Flygskam’ and environmental campaigners gaining more traction throughout Europe, the aviation industry is under more intense scrutiny than ever to consider wider environmental impacts. Heathrow is not the first expansion project to be rejected in 2020, as found with Bristol Airport, and is unlikely to be the last.”