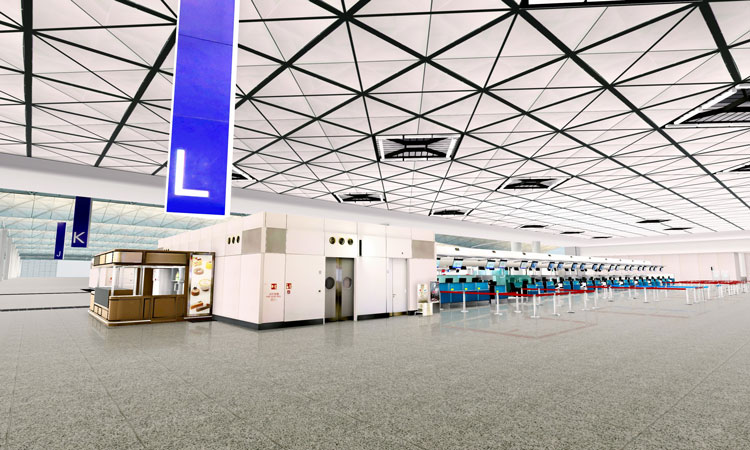 The extension of Terminal 1 (T1) at Hong Kong International Airport (HKIA) has been scheduled to commence operation on 29 November 2019.

As part of the expansion, the new terminal will be adding a new aisle L with 48 check-in counters, bringing the total number of check-in counters in T1 to 369, Airport Authority Hong Kong has said. The number of smart check-in kiosks in T1 will also increase to over 100 at the extended departure level.

Along with the opening of T1, Terminal 2 (T2) will be temporarily decommissioned for expansion as part of the three-runway system (3RS) project, the authority has announced. Check-in counters at T2 will suspend operation, after which the check-in service for all airlines will be conducted in T1. Ancillary services currently provided in T2, including the lost and found office and baggage storage service, will be relocated to T1 and start operation

The new ticketing counters for cross-boundary limousine and coach services will be relocated to the arrivals level of the T1 extension area and open on the same day. Two additional baggage reclaim carousels in the restricted area at the arrivals level, catering kiosks and offices will commence operation in phases, the authority continued.

Airport Authority Hong Kong has also said that signage and notices will be updated to provide clear directions, while additional manpower will be deployed to assist passengers.

The decommissioned T2 is expected to reopen in 2024 and will provide both arrivals and departure services.