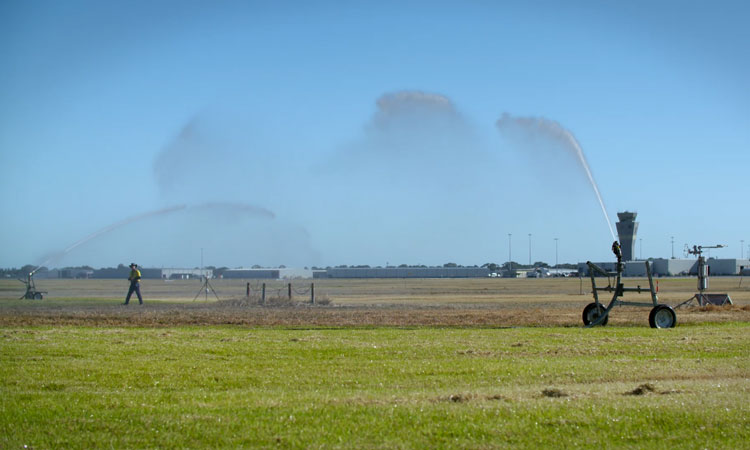 Following a three-year innovative heat mitigation trial conducted collaboratively by SA Water and Adelaide Airport, encouraging findings have shown that the smart use of water can impact sustainable airport development.

Conclusions drawn from the trial findings suggest that the methodology could lead to a sustainable reduction of an airport’s carbon footprint, and can be transferred to improving the livability of cities around the world.

Recycled water from a nearby reuse scheme operated by SA Water was applied to four hectares of Lucerne 600m south of Adelaide Airport’s runway at night, twice a week, in order to create the cooling effect.

Greg Ingleton, Manager of Environmental Opportunities at SA Water and the concept creater, said: “The extensive hard surfaces and cleared land around airports means they can often become sources of increased heat, which impacts both terminal and airside operations.”

Ingleton continued: “We’re also investigating the ability to create carbon credits from growing the crops, demonstrating carbon sequestration whereby the plants absorb CO2 and use it as fuel for growth by locking it in the soil. Our recent economic analysis, which was based on an expansion of the irrigation area to 200 hectares, suggests innovative initiatives like this can provide a range of operational efficiencies and wider benefits for airports.”