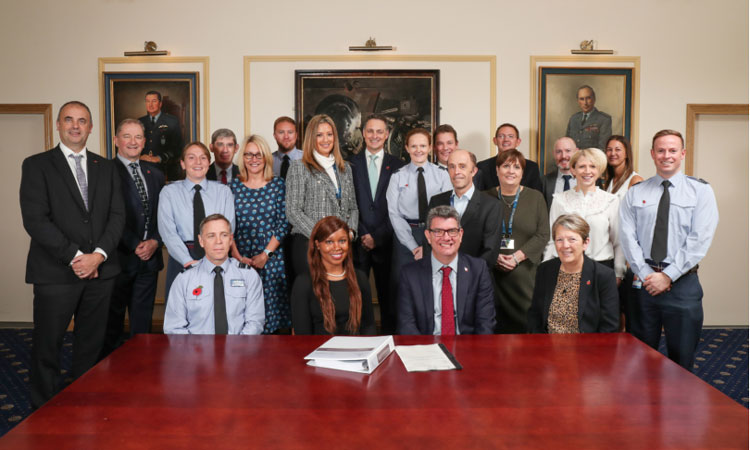 After originally signing the contract in 2006, and revising it in 2014, NATS and the Ministry of Defence’s (MoD) Future Military Area Radar Service contract was due to come to an end in 2021, however the two organisations have now extended the current contract for a further nine years.

With a conclusion date of 31 March 2030, the extension will ensure the continuation of safe and efficient collaboration and coordination between civilian and military air traffic controllers within UK airspace.

NATS CEO, Martin Rolfe, said: “We are extremely proud at NATS of our longstanding joint civil-military approach to air traffic management within the UK. Military traffic often needs to cross civilian routes and vice versa, so working as closely together as possible is really important both for the safety of the travelling public and the security of our country. I’m delighted that the extension of this contract will continue to ensure that day to day, civilian and military controllers can stand side by side and ensure the safe and efficient passage of the 2.6 million civil and military aircraft we see in UK airspace every year.”

The UK is one of very few countries in the world who have worked to create a joint and integrated civil and military air traffic control service, allowing for a greater level of cooperation and a more flexible use of UK airspace.

Flexibility is key for the aviation industry to be as efficient and sustainable as possible – environmental benefits can be gained if civil aircraft aren’t forced to avoid military airspace, as flights are able to take a more direct route and, as a result, waste less fuel by having to travel around the restricted zones.

Air Vice-Marshal, Ian Duguid, Air Officer Commanding No 11 Group, said: “The FMARS contract is a fundamental part of the defence of the UK, supporting both operational and flying training as well as assisting civil and military aircraft in distress. It’s great news this collaborative element of the MOD and NATS will be extended for an additional nine years.”